With Chris Coleman recently been appointed as the man to replace Manuel Pellegrini. Gary Mulraney has looked at the Welshman’s style of play and what Hebei might see.

Coleman sets the base of his team with back three defence. It gives Coleman more flexibility regarding the shape of the midfield. Normally, he uses a 4-2-1 or 4-1-2 in front of his back-line. Defending their territory, the three players in the first line move to the halfway line, being horizontally compact to block central passing lanes. The line of four behind them usually defends man-orientated. As a consequence, there are many options for Hebei to interrupt an opposing play in the middle of the pitch.

In Coleman’s build-up play, his preference with Wales was for three centre-backs standing close together at times, looking for a centre-midfielder in the half-spaces in front of them. Particularly the technically gifted Joe Allen is a receiver of short build-up passes which initiate Wales’ attacks (this could be utilised with Mascherano). When having a longer spell of possession the Welsh players tend to drift apart, with forwards waiting near the offside line and wingers – even on the ball-far side – being positioned out wide. ( Note: This would be ideal for Lavezzi & Gervinho’s movements).

The new head coach strongly relies on their transition plays. After winning the ball, the midfielders improvise combination plays, frequently searching for diagonal gaps to the wings. As most of their midfielders who are asked to drag the ball through the second third are not that resistant against intense pressing, they quickly need to find open men to avoid turnovers.

After losing possession, Coleman’s side try to return to their defensive shape as fast as possible. That means Hebei are not really focused on aggressive counter-pressing. Structure is the key as far as their defence is concerned.

The Style at Hebei 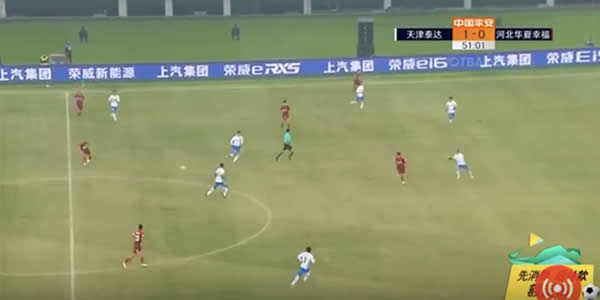 If Mascherano stays with Hebei, he can become an integral part of the team for Coleman. He can start quick transitions as seen above to start quick attacks for the team. He has the ability and vision to break the defensive lines with his range of passing. 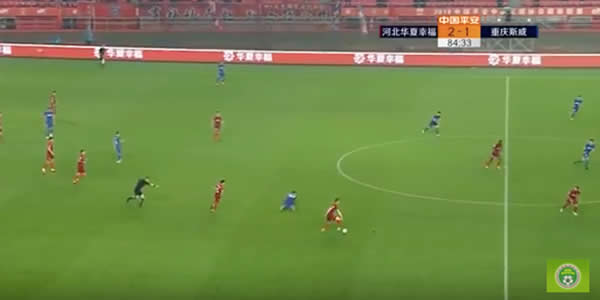 Players to excel in the new managers system should be Lavezzi and Gervinho. When Hebei win possession they can counter attack at break-neck speed, devastating on the break. Both players have a habit of intelligently attacking in the half space, giving defenders a headache as both fullbacks or central defenders don’t know which one should press. 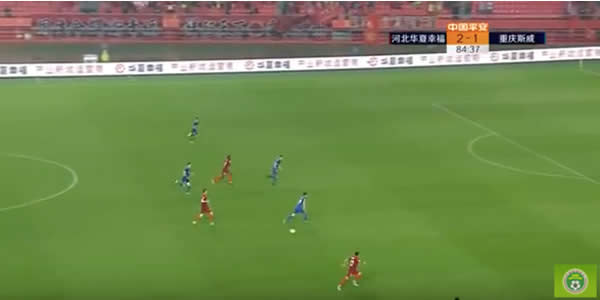 With Chris Coleman’s task as the new head coach to lead Hebei CFFC to qualify for the AFC Champions League next season (To achieve this, Hebei have to end up the CSL season with at least 4th, but they only rank 10th now). The Welshman will have to improvise, adapt and overcome a new culture, league and language barrier. I believe the ex Sociedad, AEL and Wales national coach can be a success, after Pellegrini’s unsuccessful spell for the club, Coleman can become a success in China.