As you’ll recall, I gave a rather damning assessment of Lippi’s China when they got mauled by Wales last time out. This time, I’ve been tasked with something slightly different to do; as opposed to writing the match report due to the fact that has already been done brilliantly here.

So, what I’m here to do this time is go through the Czech Republic’s first two goals as China went from a winning position to a losing position in a matter of minutes; while I ripped into Yan Junling last time, I actually ended up feeling rather sorry for him as he was cruelly let down by a terribly mediocre defence.

What On Earth Did Lippi Say In His Teamtalk?

Just in case you don’t know, at the interval, China were one goal to the good and actually had something to hold on to in complete contrast to the Wales game. Whatever Lippi said to them at halftime, it didn’t work, unless of course, he said, let’s see how many goals we concede because they were dreadful in the second-half. Instead of me harping on about how bad they were, let me show you.

Right, this is goal number one… 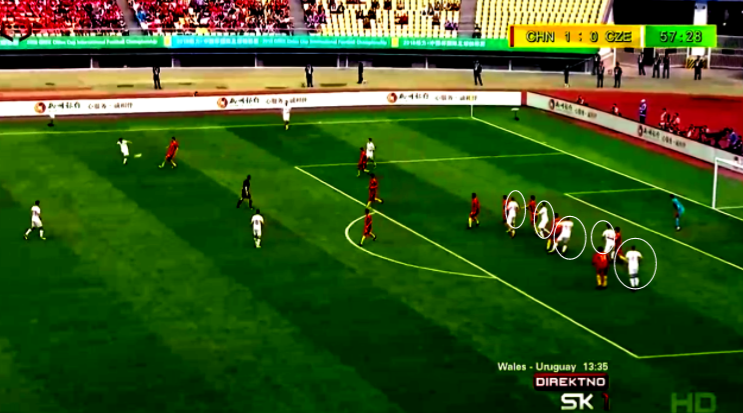 As you can see, the ball is on its way into the box. Take a moment to remember that the team in RED is Lippi’s team. This is a bloke who built somewhat of a dynasty with Juventus and Italy built around having a strong defence which is in part to do with discipline.

It’s Not Zonal Marking, It’s Not Anything

You can’t even argue that it’s zonal marking gone wrong because Lippi has quite clearly set his team up to mark man to man. I use the word mark very, very loosely.

Not a single player that is circled is being marked properly and if you look closely at the circled player closest to the ball, you will be able to see that two players have decided to mark him now which in turn means the second closest circle player to the ball is left free. I wonder what happened next… 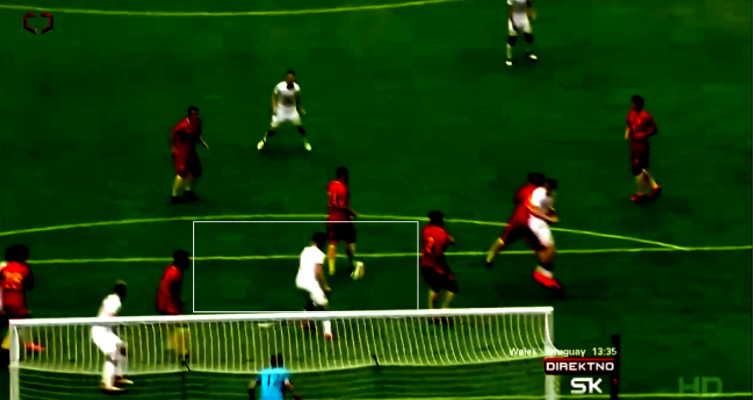 To have that amount of room in the penalty area from a set piece is inexcusable. You could perhaps make a case if China were losing 3/4-0 then the players might’ve given up, but they are WINNING at this point. For once in my life, I’m actually lost for words. It’s literally the first thing from the defensive handbook, stick with your man from a set piece. That makes the scoreline 1-1.

As the saying goes, you’re always the most vulnerable when you’ve just scored though or in China’s case, when you’ve conceded because within ninety seconds of that free-kick being whipped in and the Czech’s equalising, China find themselves in this situation… 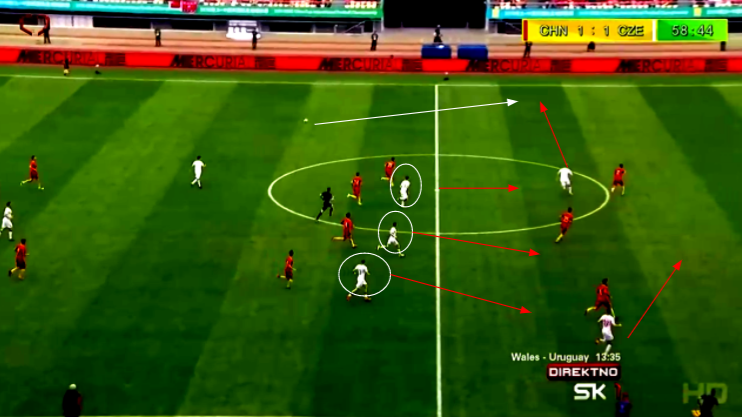 In case you’re wondering, China are shooting from right to left.

Right, so the ball is going out to the left which isn’t too much of an issue in itself, what is much more alarming is that the onrushing Czech trio are already goalside of their Chinese counterparts, again bear in mind this is just over a minute after they conceded due to some lax defending. It’ll come as no surprise to anyone that eight seconds later, this was how it looked. 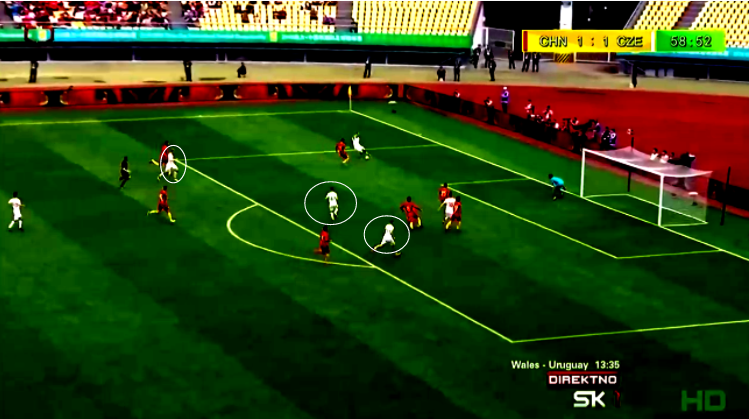 That was how China went from a winning position to a losing position and I would show you the other two goals, however, it’s just more of the same, poor marking from China. It’s actually annoying how bad it is. That’s how I feel, I don’t feel sorry for China because surely Lippi must’ve drilled them better than that. If he hasn’t then maybe Lippi isn’t as good as I first thought and maybe he was helped out by having very good players.

Nevertheless, he has to improve China if they want to make a go of it next year in the Asia Cup which is being held in the UAE because, on this showing, they won’t be getting out the group stage regardless of how kind the draw is to them.

That’s all from me today, I’ll be back next week for another piece, don’t try and second guess what it’ll be because I haven’t got a clue myself yet!

Until the next time.

Football and writing are my two biggest passions, so seems right to combine the pair, don't you think? Doing a bit of moonlighting over here. My main playground is down the road at: http://www.indiansuperleague.uk where we cover another Super League, namely the Indian one. See you over there.