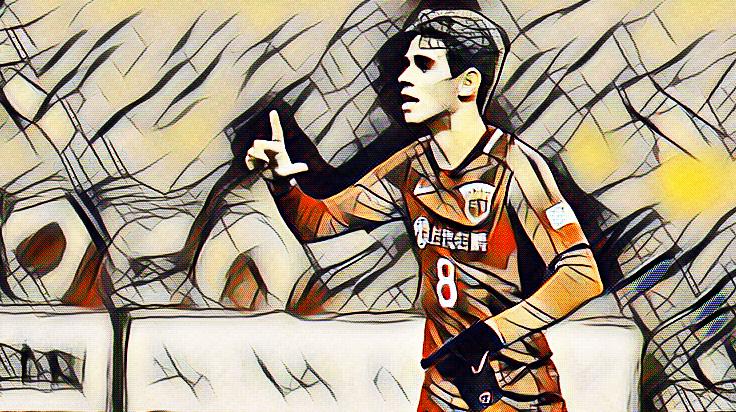 Oscar was banned for eight matches by the CFA for causing a mass brawl during the fixture between Shanghai SIPG and Guangzhou R&F back in June. To add insult to injury, Hulk and Andre Villas Boas were banned for two games, the latter being a stadium ban.

At the start of the ban, Shanghai were a 4 points behind leaders Guangzhou Evergrande in second position in the Chinese Super League table. They had the most prolific attack in the country at that point and were scoring goals for fun. A major reason for this free flowing offense has been Oscar’s contribution to Shanghai.

Joining a side that finished third in the standings in 2016, Oscar was tipped to be the player to push Shanghai to a possible Championship. He became the most high-profile and arguable the best player to play in the League this season.

Oscar has formed a deadly combination with Hulk and they duo’s link up play has destroyed defences of teams from all over the country. But with the lengthy ban brought on by what was termed as a ‘brain fade’ from Oscar, things could have gotten ugly for the men from Shanghai.

The loss of Hulk and their coach for two games apiece did not help. While Shanghai still have a fearsome attack comprising of Hulk, Elkeson and Chinese star Wu Lei. Shanghai managed to maintain their League position but the dominance and swagger synonymous with the performances of the team with Oscar was largely missing. Yes, they did at times look dangerous but the side were like a tiger with brittle teeth. Shanghai looked labored and they could have fallen way behind Guangzhou but a rough patch by the six-time defending Champions ensured that the four point lead had bloomed to a five-point one.

The time Oscar spent on the sidelines saw Shanghai blow numerous chances to capitalise on points dropped by Guangzhou. The two teams’ mirrored results almost every matchweek and Shanghai just could not get the win they need to move into pole position. While this is not down to just the absence of Oscar, his absence has had a major part to play.

Early in the season, blew away sides like Changchun Yatai, Shandong Luneng and Hebei China and won games at a canter. But on Oscar’s absence lost games to Changchun Yatai by 4-2, 2-1 to Shandong Luneng. The sides drew 3 more games including important ones against Guangzhou Evergrande and Tianjin Quanjian.

But the Asia’s most expensive player is back in the fold now and is hitting top form despite the surprise defeat to Guizhou yesterday. Now a huge 8 points back of Guangzhou, they need Oscar and Hulk to find the same level of cohesion that they had earlier on and chisel away the lead at the top.