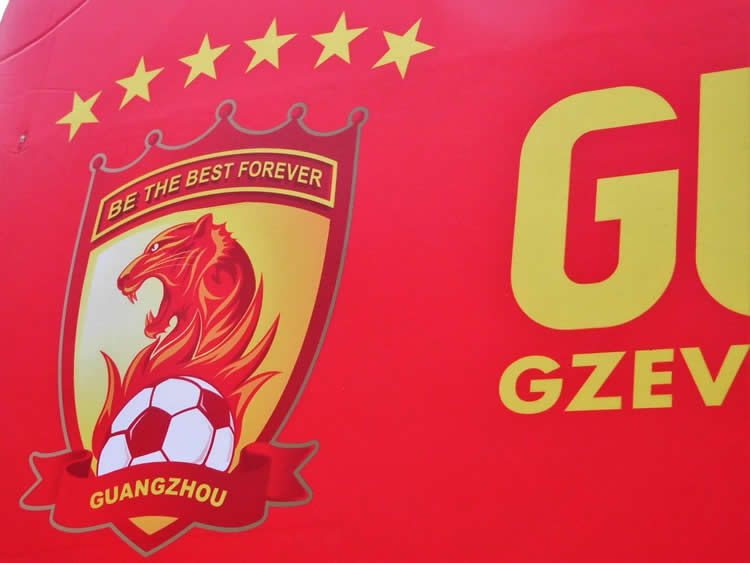 Gareth Bale’s proposed move to the Chinese Super League (CSL) is supposedly dead in the water with his club Real Madrid pulling the deal which would have seen him switch from Los Blancos to Jiangsu Suning for around £1million a week. But even though the Wales ace isn’t gracing the CSL with his talent, it’s very much business as usual after the last round of matches in the division.

Tables-toppers Guangzhou Evergrande seem unstoppable at the summit of the league and reinforced their ambition to lift silverware this season by beating Beijing Renhe 3-0 — and they now have a four-point lead. Guangzhou Evergrande, bossed by Fabio Cannavaro, have secured victories in their last 11 games and from very early on in this encounter it was pretty clear they would have no problem extending that superb run.

Indeed, it took Wei Shihao just two minutes to head home from a teasing Yang Liyu delivery before the home side extended their lead when Samba star Paulinho prodded home with consummate ease from an Elkeson assist. Then the Brazilian was put through to double the lead just before halftime. The ex-Tottenham Hotspur and Barcelona talent was on the scoresheet once more three minutes after the interval to seal the deal for Cannavaro’s men against the visitors who just couldn’t cope with the pace and power of their superior opponents.

Shanghai SIPG stay in second spot in the division following a point earned from 1-1 with the home side taking the lead after just four minutes thanks to Liu Yun’s bending effort that sailed in. But cometh the hour, cometh the new boy once more — and it was left to Shanghai SIPG marksman Marko Arnautovic to snatch a leveller as he dispatched a spectacular effort in to the net from a superb cross from Brazilian attacker Hulk.

Roger Schmidt’s Beijing Guoan lost ground on the two teams ahead of then when they went down 1-0 at Henan Jianye. It was just before half-time when the hosts took the lead as Cameroon ace Franck Ohandza’s skills left South Korean schemer Kim Min-Jae bamboozled before he hammered home with aplomb.

Meanwhile, news that Guangzhou R&F have recruited former England defender Terry Butcher as their defensive coach will come as no surprise following their 5-3 hammering at Shanghai Shenhua. Butcher, who most recently was national team manager of the Philippines, will bid to bring a steely edge to his charges and if they can tighten up at the back they will surely improve on their current league standing of ninth position in the 16-team league. He enjoyed a distinguished playing career with Ipswich Town and Glasgow Rangers before going into management.