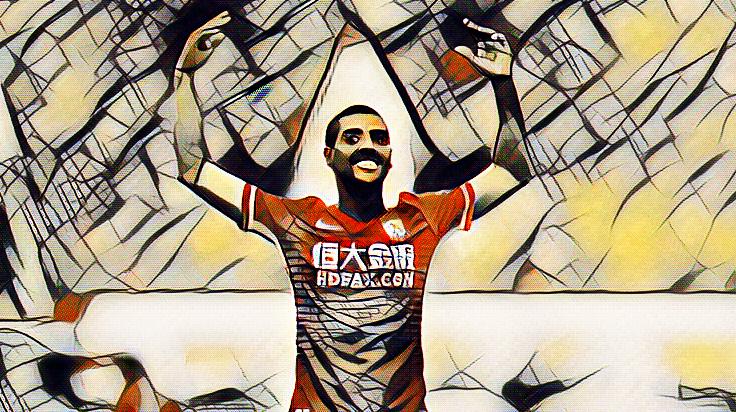 Alan Carvalho started his professional career at Brazilian Série B side Londrina Esporte Clube at the age of 18 in 2007. He scored four goals in six appearances, winning himself a contract with Fluminense, the tenth most successful side in Brazilian football history.

Playing home matches at the Estádio do Maracanã, Carvalho’s reputation rose quickly, and in two years he had won the 2010 Brasileiro, forming a prolific strike force with fellow forward Washington.

Over 38 games Fluminense lost just seven times, with Carvalho scoring 11 goals as his side edged past Cruzeiro and Corinthians to claim the league crown.

By the end of the season, the Brazilian had attracted suitors from Europe and decided to move to Red Bull Salzburg, replacing Marc Janko who headed off to FC Twente.

Carvalho made his debut for the Austrian outfit in a UEFA Champions league qualifier loss to Hapoel Tel Aviv, but his most memorable moment early on came against Sturm Graz in which he scored a hat-trick.

After just two weeks into his second season, Carvalho looked like he may challenge for the Golden Boot, after hitting the net three times against Latvian side FK Liepājas Metalurgs, following that performance with a brace against FK Senica.

A week later those hopes were dashed in a split second after Carvalho ruptured his cruciate ligament in a match against Rapid Vienna. He was ruled out for six months, but setbacks through his rehabilitation period meant he did not even start training for over a year.

After return from injury Carvalho struggled to regain his form and had to wait until the beginning of the 2013/14 season to create a meaningful impact. Against relegation threatened FC Grodig the Brazilian scored a hat-trick which, incredibly, was matched by his teammate Jonathan Soriano as Salzburg turned on the style in an 8-0 thrashing.

Carvalho ended the season with a domestic double, the first the Austrian Football Bundesliga title, and the second the Austrian Cup. He finished the campaign as the second highest goal-scorer.

Now unhindered by injuries, Carvalho could continue his prolific form into the new season. The striker scored two more hat-tricks for Salzburg, against Dinamo Zagreb in the Champions League and FK Austria Wien in a top of the table clash.

That season Carvalho also created history, his two goals at Celtic Park enough for Salzburg to be the first Austrian side to win in Scotland. It was no surprise that the Brazilian finished the season as the UEFA Europa League’s joint top scorer with Romelu Lukaku.

Then in January 2015, he decided to move to China and join Guangzhou Evergrande for a fee of £10.7m. After making his debut against Shandong Luneng in the Chinese FA Super Cup, the striker suffered his second career cruciate ligament rupture.

Due to this setback, Carvalho did not play a minute of Guangzhou’s 2015 FIFA Club World Cup campaign after being listed in the 23 man squad.

On return from injury, the striker scored his first goal for Guangzhou in a 4-0 away win against Tianjin Teda. He has hit the net 21 times in 46 appearances for the Chinese side.