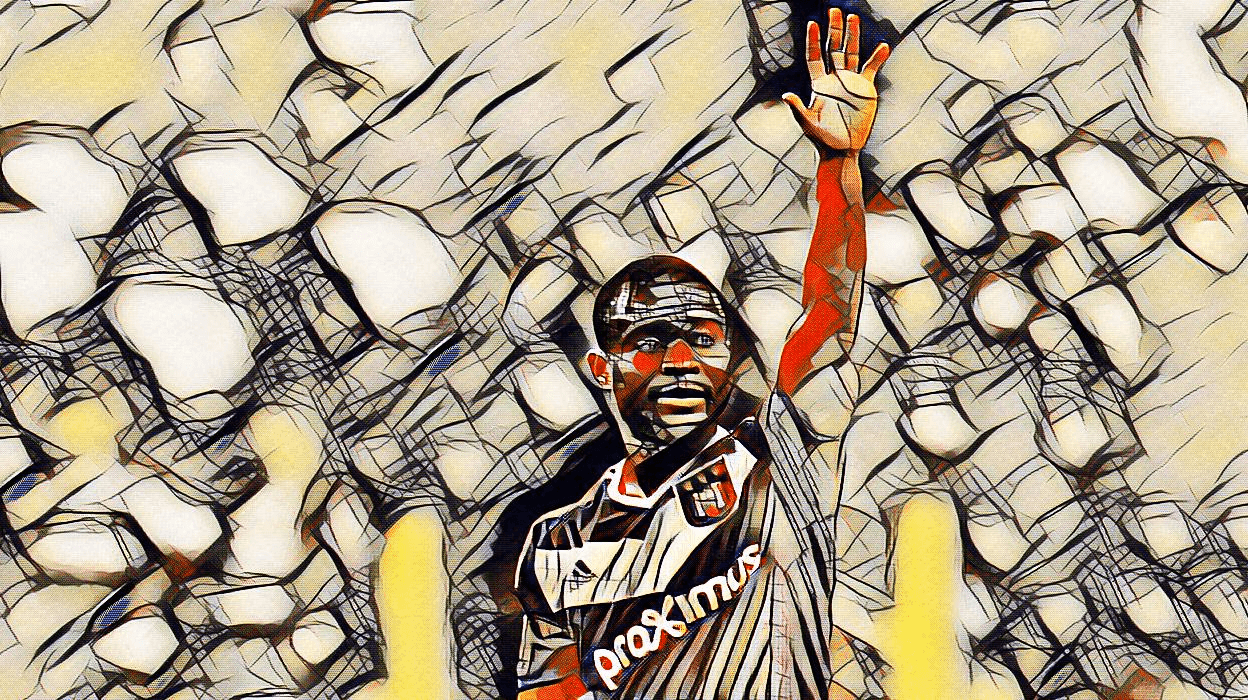 Visit Asante Mampong in Northern Ghana, and you will find a thriving town surrounded by a collection of villages embedded deep into the forest that surrounds the area.

Fruit markets sellers look for a bargain, carpenters work hard to convert the local produce into functional furniture and bishops research their sermons for the Sunday services at the many Anglican churches which are the lifeblood of the area.

Drive a few miles to the outskirts of the town in the mazy heat, and you will find the old house of Frank Acheampong, the current number seven for Tianjin Teda in the Chinese Super League.

The Ghanaian international has recently defended the move to China, a whole new environment and culture to what he has grown up to know in his childhood and young adult life.

“I can understand why people are asking questions about my decision,” said Acheampong.

“I’m also thinking of my family and friends in choosing to come here, and Anderlecht received a lot of money thanks to me.”

It is perhaps not surprising that he is somebody who looks to his roots and upbringing as a motivational tool in football.

In 2009 it was King Faisal Babes, the local club in the Ashanti region, who gave him his first chance at making it in football. Acheampong had impressed his coaches so much that Ghanaian Premier League side Berekum Chelsea swiftly signed the player to improve their variation out wide and potency in-front of goal.

Sheikh Mansour, the owner of Manchester and New York City, heard that a rising star was making a name for himself in Ghana and so invited Acheampong to the United Arab Emirates to try and secure a trial for Croatian club NK Osijek but, Acheampong couldn’t obtain a work permit.

Instead, he moved to Thai League One side Buriram United in 2011, with Acheampong winning five trophies in two years, including the infamous league title.

As word spread among some of Europe’s top scouts, Acheampong was invited to a trial at Celtic but ended up signing a loan deal with Anderlecht, officially signing for the club in the summer of 2013.

Here would be where the Ghanaian would make a name for himself amongst a wider audience, scoring his first goal against Gent in a 4-1 win, and his Champions League debut against Benfica just created more publicity than ever. As the team gelled on the pitch, it’s not surprising that Acheampong’s won four trophies at the Belgian club.

By now the Ghana national team started to pay attention as well, and Acheampong made his debut for against China after five appearances captaining the U20s side. His first goal came against Japan not long after introducing himself to the nation.

Constant inconsistency had become a nuisance for Acheampong who could never find form week in week out. So after a four-year spell at Anderlecht, it was decided that the Ghanaian would travel to China on a six-month loan, a different world from European football.

Acheampong is a footballer who looks for an opportunity to help his roots, and this was one. The region where he grew up in, Ashanti, have just seen their poverty depth rise again, meaning that not enough efforts are being made to improve the lives of the poor in those regions.

So while a myriad of football commentators and pundits continue to criticise the money in China, there are certain players like Acheampong who see it as a way of helping out those who developed them into the person they now are.

If more players can do the same and follow in the footsteps of Acheampong, then the game of football will become a lot healthier.