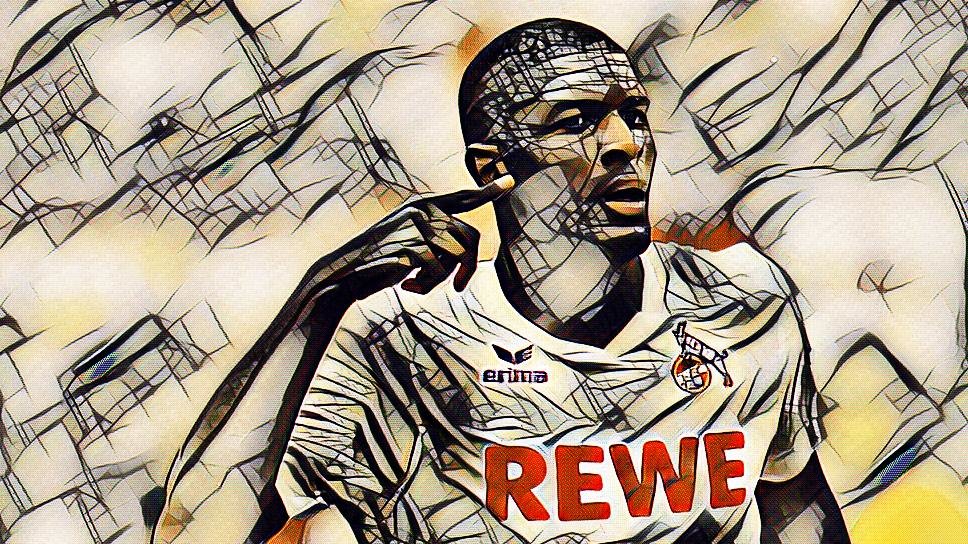 Anthony Modeste came through the ranks at the French club Frejus. His talent was undoubtable and performances earned Modeste a move to Nice. He rose through the system at Nice over four years and made his debut for their senior team in 2007. His performances were hugely impressive for a player of his age.

At the age of 21, Nice loaned out Modeste to French side Angers. He was a huge success there, playing as the main man up front. It was a hugely prolific season for young Modeste as he scored 20 league goals in 37 appearances. His eye catching performances caught the eye of several top French and European clubs.

Modeste’s performances for Angers saw Bordeaux swoop in to sign him. Modeste did not get many chances to impress at the French club despite a strong first season which saw him score 10 league goals. Modeste played in under 500 minutes in his second season and was loaned out to Blackburn Rovers midway through the campaign. He failed to flatter and received a red card in the match that saw his club get relegated from the Premier League. The following season saw Modeste leave Bordeaux on another loan, this time to French club Bastia. He featured heavily for his new club and struck the back of the net 15 times in 35 appearance.

Bordeaux, however, was a mountain too high for the still developing striker. Bundesliga side Hoffenheim came calling in 2013 and Modeste inked a contract lasting three years. The Frenchman had an impressive start to life in the Bundesliga as he scored six goals in his first seven games in Germany. After starting in 15 consecutive games at the start of the season, a string of poor results for his side saw Modeste dropped from the starting lineup. After a start in November, Modeste was only recalled to the starting XI in March and scored twice and assisted another to celebrate the occasion. Modeste found the back of the net in three consecutive games towards late Match and even scored the opener against the mighty Bayern Munich. A suspension ended his season early and saw him finish with 14 goals in 33 appearances in all competitions.

Modeste’s second season saw the addition of competition in the lone striking position. The increased competition saw sporadic playing time for Modeste. A dip in form did not help his cause either. Modeste suffered through a goal drought lasting five months despite another bright start to the campaign. It was a poor season for the Frenchman individually as he scored just seven goals in the League.

Anthony Modeste joined FC Koln prior to the start of the 2015-16 season. He marked his competitive debut for Koln with a hat-trick in the DFB Pokal. Modeste also found the back of the net via the penalty spot on his Bundesliga debut for the new club. Modeste got his first brace of the season in April and the win secured his side’s place in next season’s Bundesliga. Highlights of Modeste’s debut campaign include an injury time winner against Borussia Dortmund. On the final day of the campaign, Modeste hit the 15 goal mark in the league.

His performances attracted the interests of West Ham United and Chinese Super League side Beijing Guoan but committed himself to Koln by signing a new deal. Modeste made a quick start to the campaign and his goals helped his side to the top of the pile for the time in over 20 years. He scored in all five games in October and ended the month at the top of the goal scorer’s list with 11, just four shy of his total in his first campaign.

Modeste’s performances saw him linked with a move to Tianjin Quanjian in the CSL. He eventually signed for the side on a two-year loan move with the option to buy at the end of the time period.

Modeste has often been criticized for the number of offsides he piles up and his linkup play with teammates. But the explosive forward’s finishing and aerial ability is second to none. His ability easily makes Modeste one of the best striker in the CSL and Tianjin will be hoping that their player is ready to fire on all cylinders come matchday.