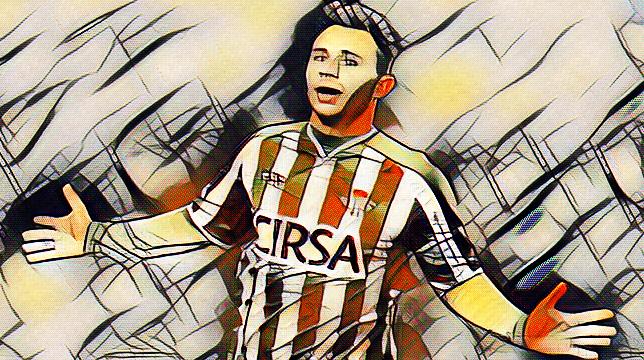 Ruben Castro started his career at Spanish side Las Palmas. He progressed through their youth ranks and became a regular in their reserve team Las Palmas B in 2000. He spent a year in the side, honing his skills in front of goal and getting regular game time.

In his only season in the B team, Castro scored an impressive 13 goals in 34 matches. His performances saw him elevated to the first-team in 2001. Castro’s first goal in the La Liga was against the mighty Real Madrid, scoring twice after coming on as a 64th-minute substitute. Palmas ended up winning the game 4-2 thanks to Castro.

Ruben Castro’s Las Palmas shuttled between divisions and failed to achieve any sort of consistency in their position in the Spanish game.  The 2003-04 season was a very successful one for Castro individually. He scored a league high 22 goals in the Segunda Division. However, his goals were not enough to prevent relegation for Palmas.

Castro did not enjoy his time at Deportivo. He was loaned out to five clubs in just six years. Some of the loan moves were a total failure while Castro found success in some other team. Immediately after joining Deportivo, Castro joined Albacete. Castro had a sub-par season in front of goal having found the back of the net just thrice.

The following season, Racing Santander took Ruben on loan but it was a poor choice of club. He made just a solitary league appearance for Santander.

The loan move to Racing did not force Gimnastic to take Castro out on another loan. He had a return of four goals in 22 matches. The 2008-09 season was spent at Huesca. Ruben became a very important player at Huesca and scored 14 goals in 41 appearances. Castro’s goals helped the newly promoted side retain their second division status for another year.  The following season was spent at Rayo Vallecano. He had an identical record from his time in Huesca as Castro scored 14 goals in 42 appearances, helping his side to an 11th place finish (same as Huesca).

Loan move after loan move did not improve Castro’s chances of breaking into the Deportivo’s squad. For regular first-team football, Ruben moved to Real Betis.

Castro formed a deadly attacking trio of himself, Jorge Molina and Achille Emana. The three combined for over 50 league goals as Betis stormed their way back to the Spanish top flight.

Castro had found stability at Betis and was a very important player for them. He was indispensable to the team and his goals helped the team achieve a lot of their targets including the dream of European football. Castro went on to make more than 250 appearances for the Andalusians. He was prolific in front of goal and scored a decent 135 goals at a clip of over .5 goals per game.

In December 2011, he put an end to an 11 game skid for Betis and scored twice in extra time to beat the then ‘third team’ in Spain – Valencia. Castro was a very good scorer and finished as the third highest goalscorer with 16 goals.

Despite relegation, Betis showed tremendous character to return to the top tier soon and have now a comfortable mid-table side. He marked the occasion of his 200th appearance in the La Liga with a goal.

In July 2017, Ruben Castro was loaned out once again, this time to the Chinese Super League. He joined Guizhou Zhicheng on a short-term deal.

Castro is known for his scoring ability as well as his tendency to scuff his crosses. Despite being successful in a role out wide, Castro prefers to play as the main man in a team. Castro’s inclination to cut inside from the flank is also dangerous for opposition defenses.

I can’t wait to see him link up with Nikicia Jelavic at his new club.