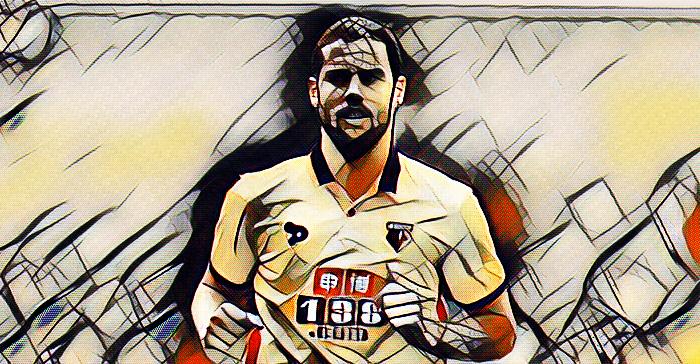 Mario Suarez is a product of Atletico Madrid’s youth academy. He spent a full five years with the youth academy before turning out for Atletico’s reserve team – Atletico Madrid B. His performance with the reserves saw him often train with the first-team before making his debut on the 6th of November 2005.

Suarez was loaned out to the Segunda Division for two stints, firstly with Valladolid and then with Celta Vigo. Suarez was a vital part of Valladolid’s return to the La Liga. He appeared in 23 league matches and scored three goals from midfield to help his side’s promotion push.

After playing for Valladolid, Suarez moved to Celta Vigo on a temporary basis. He was equally impressive for Celta in the 2008-09 season. Suarez appeared in 26 games and found the back end of the net twice. His performances were noted by a number of Spanish clubs. Mallorca made the plunge and signed Suarez on a four-year deal with the possibility of Atletico re-signing the player going forward.

In his two years at Mallorca, Suarez became a vital part of the first-team and put in impressive individual performances. His second season at the club was a very successful one for his team. Suarez played in 34 games helping them to a surprise Europa League spot in the process. He found the back of the net five times. It is still Suarez’s most prolific season individually.

Suarez’s performances saw Atletico return and trigger the re-buy clause. It was a second coming for Suarez. This time the player was keen to leave his mark at the club that sold him just two years back. Despite not being first choice, Suarez started in half of his club’s league matches and scored twice. Suarez’s influence as a creative force increased as he made three assists despite sitting in front of defence. His first goal was against Real Sociedad in April. Suarez made a name for himself despite battling for a starting position with Paulo Assuncao.

Mario Suarez played an even bigger role for his club in the coming seasons slowly increasing the number of appearances per season. He also contributed to a number of European endeavors for the Colochoneros.

However, a couple of years down the line, Suarez began getting overlooked for the starting spot. His minutes went down steadily. Starting from over two thousand minutes in the league, his time spent in the league halved over the course of two seasons. Frustrated, Suarez moved to the Serie A joining Fiorentina.

But it was not the dream move that Suarez thought it would be. He struggled to get minutes on the pitch and moved less than a season later, signing for Premier League side Watford midway through the 2015-16 campaign. He stayed there for the remained of the campaign before returning to homeland Spain with Valencia on loan.

Mario Suarez spent the 2016-17 season on loan at the Mestalla and was first choice. Having the trust of his manager, Suarez had 21 league appearances. He found the back of the net thrice. However, Valencia did not take up the option of making the switch permanent at the end of the campaign.