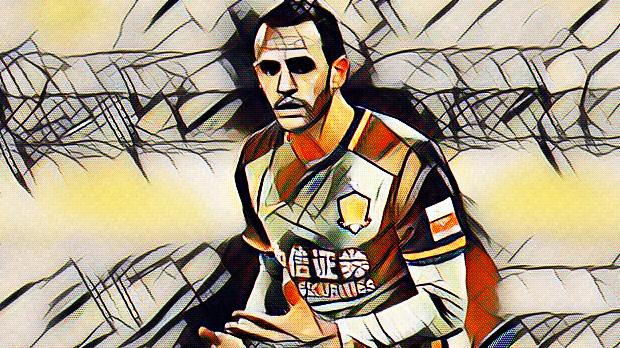 Renato Augusto’s never-ending career has spanned the globe. From South America, Europe and then Asia the Brazilian has showcased his skills to thousands of fans.

Three continents. Different cultures, languages, and faiths brought together by a mutual understanding of football. Augusto is one of very few players who has experienced this level of exposure worldwide.

Augusto started his footballing life in Brazil, growing up near the favelas of Rio De Janeiro, a humble but tough childhood.

In 2001 he joined local club Flamengo’s youth academy, and for four years battled against Brazil’s finest young talents, including Neymar at Santos and Thiago Silva at Fluminense

Hailed as one of the best products of the youth team, Augusto was promoted to the first eleven in 2005, making a name for himself as a tough tackling incisive defensive midfielder.

By this time the Brazil’s youth team had caught the eye of Flamengo’s new prodigy and just a few months after his domestic debut the Brazil U-17 side gave Augusto his first international cap.

Unfortunately for Augusto, his career at Flamengo was plagued by injuries, and even though he eventually broke into the Brazilian U20 team, the lack of opportunities meant that a move, likely abroad in Europe was inevitable.

And in 2008, after 55 appearances for the South American club, Bayer Leverkusen came calling, Augusto making an immediate impact within weeks of his debut.

For Leverkusen, it was rare to find a midfielder who not only possessed the awareness and brutality needed to be a defensive midfielder, but also the technical ability to go with it.

Augusto’s passion and his desire for teamwork to be the key to any success allowed him to roam across the pitch, often deployed just behind the striker by one of the most respected managers in modern times, Jupp Heynckes.

Again the Brazilian’s potential was marred by injury, although he did catapult the German outfit into the 2011 Bundesliga title race, the club finishing second in the table, seven points behind winners Bayern.

When Heynckes left for Bavaria in the summer though, Augusto’s injury record created a problem for caretaker boss Sami Hypia. So it was no surprise that Leverkusen and the midfielder departed, Augusto, moving back to Brazil and Corinthians.

Success followed. In his four years at the club, Augusto’s leadership from midfield inspired Corinthians to the Campeonato Brasileiro Série A title, and the Brazilian was labelled the best player in the competition after claiming the individual prize the Bola de Ouro.

By this time Augusto had gained a place in Brazil’s national team, scoring his first goal for his country in their FIFA World Cup qualification match in 2015.

But it was his appearance for Brazil at the 2016 Olympics which put his name on the map, part of a side who defeated Germany in a partisan final to claim the infamous gold medal.

Now Augusto is earning his trade with Beijing Guoan. He has scored eight times in 43 appearances for the Chinese outfit.