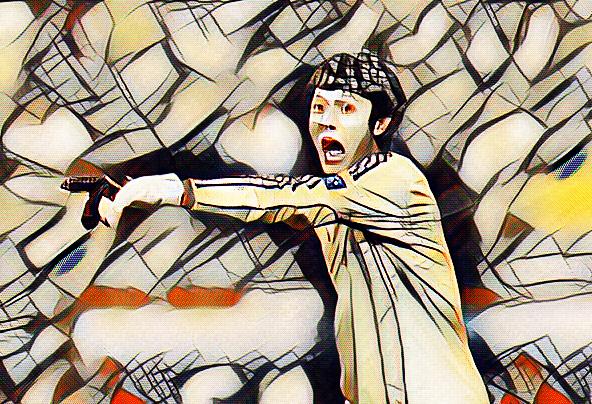 Yang Zhi has been a wall at the back for capital club, Beijing Guoan for over a decade and holds the record for most appearances for Beijing with his 240 matches.

Beijing Guoan’s shotstopper started out in his home province at the youth academy of the now defunct Guangdong Xiongying. He got promoted to their first team in 2002.

Prior to the 2005 season, he moved to the capital and Beijing Guoan where he played 21 matches in his first season.

Ever since Zhi established himself, Beijing have been one of the teams to concede the fewest goals. For example, they only conceded 16 in 28 matches in 2007. The most they’ve ever conceded was 35 goals in 30 matches in 2012, that was five more than champions Guangzhou Evergrande and the same amount as second to bottom Shanghai Shenxin. Beijing finished fourth.

Beijing’s captain was an integral part of the Beijing team that won the CSL title back in 2009 and has stayed loyal to the side.

His impressive performances that title-winning season saw him used as a first-choice goalkeeper for the Chinese National Team under Gao Hongbo’s first reign as the nation’s Head Coach. Prior to that, he had been used as a backup, making his debut in 2006 when he came on in a friendly against Thailand. He was the starting goalkeeper, when China won their second EAFF East Asian Cup in 2010.

Zhi was part of the Guangdong team that participated in the yearly Guangdong-Hong Kong Cup in 2012. This is a tournament that has been held every year since 1979 where a team made up of players from the Guangdong region take on the Hong Kong National Team in a two-legged event. One being held in Guangdong, the other in Hong Kong.

During this tournament, Zhi injured himself and was out for most of the season, only returning to play the latter half, managing 12 games.

Since then he has only missed two matches, both in the following 2013 season and has played a big part in Beijing only conceding six in the first six matches, the same amount as second-placed Shanghai SIPG.

One of the greats of the Chinese game, he plays a role that is very vital to a Chinese team. As the clubs cannot bring in foreign goalkeepers, having a top-class goalkeeper between your sticks for such a long period of time is very important for any CSL side, and Yang Zhi is one of the best out there.