Shanghai Shenhua have hit the headlines once again, this time for an unfortunate incident. Yesterday, Shenhua’s Hongkou Football Stadium caught fire around 8:30 am local time.

Footage taken by passersby showed firefighters trying to contain the fire. The complete extent of the damage is not known yet but early reports indicate that the pitch and the stands were not damaged. Fortunately, no casualties or injuries were reported. But the damage may cause Shenhua to relocate for the time-being as repair works are carried out. The fire started in the corner of the 33k capacity stadium and caused both internal and external damage.

The fire is believed to have started at the rock-climbing centre at the Stadium and an investigation has been ordered by the authorities. Thick black smoke was seen billowing out of the Stadium and raises concerns about the safety of Chinese Stadia.  The Gus Poyet led side play their next home game against Changchun Yatai on 16th April. They may have to look for an alternate venue should repair works be unfinished by the time.

The Stadium is also notably China’s first professional football stadia when it opened in 1999. 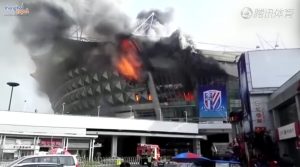 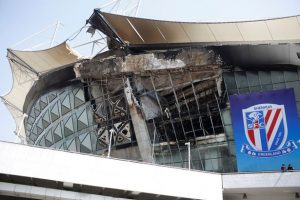 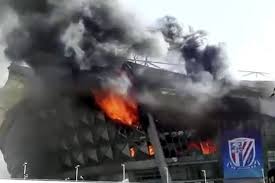 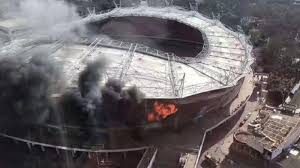