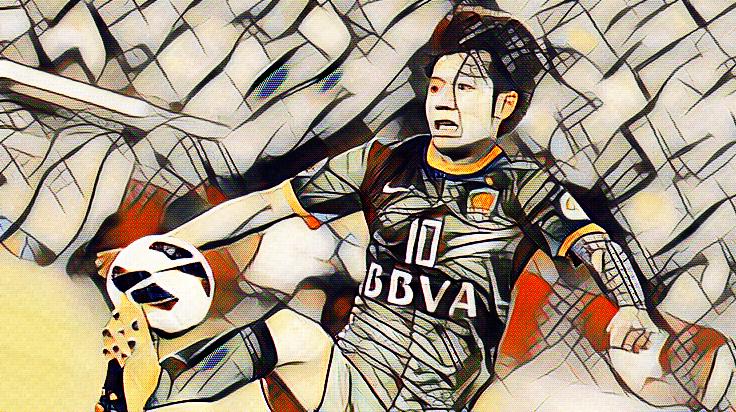 Zhang Xizhe (or Xizhe Zhang as it would be written had China used the western way of spelling names with firstname lastname, instead of lastname – firstname as they currently do) is one of Beijing Guoan’s best players.

He made his debut for the capital side way back in 2009 in a 1-1 draw with Shandong Luneng. He then went “on loan” to Beijing’s development team, the Beijing Guoan Talent Singapore side, in 2010. The side was playing in the Singapore S.League and consisted only of Beijing academy players. He played five games for the side in March and scored twice before returning to China.

He played two games for the senior side after returning from Singapore and scored both goals in a 2—2 draw with Henan Jianye, his first for the club.

The following season he established himself as a valuable player and featured in 28 of the 30 league games for Beijing as they finished second behind Guangzhou. He also got his debut for the Chinese National Team in a 2-2 draw with Costa Rica in March.

In 2012 he made more progress on the pitch and was awarded for his efforts with the CFA’s Young Player of the Year award after a season where he played 26 games, scored four times and assisted two goals.

Then came 2013 and Zhang’s best year to date. He played all 30 games for Guoan and scored 11 goals while assisting another 15, he was also selected in the team of the year. Despite Zhang’s excellent season Guangzhou won the league yet again, as they also did in 2012, while Beijing finished third.

He continued playing well in the 2014 season as he once again got himself into double-digits on the assist-sheet. Six goals and 12 assists from 29 games as Beijing took back their place as the second-best team in the country.

Then German giants Wolfsburg came in for him, possibly hoping to capitalize on getting one of China’s best players to boost sales of shirts, and Zhang Xizhe was sent off to Germany as the transfer window opened on January 1st 2015.

He made his unofficial debut for Die Wölfe in a friendly against Ajax Cape Town during Wolfsburg’s winter training camp. He came off the bench to assist Bas Dost in a 4-1 win.

But from there it was all downhill for the Chinese International. He never featured for Wolfsburg and was only on the bench three times as Wolfsburg finished second.

On the 15th of July Zhang returned to Beijing Guoan after a disappointing six months in Germany.

After his return he did well for Beijing scoring once and assisting three goals in the 11 matches he played in the last half of the 2015 season. Beijing finished fourth, their first finish outside the top three in five years.

Last year Zhang did well scoring six times and notching up one assist as Beijing struggled even more than last year as they finished fifth. They finished outside the top three for the second season in a row, a feat they hadn’t achieved since the first two seasons of the Super League back in 2004 (7th) and 2005 (6th).

Zhang has one assist in two games so far this season and the fans hope to see a return to the magnificent standards that he set back in 2012 and ’13.