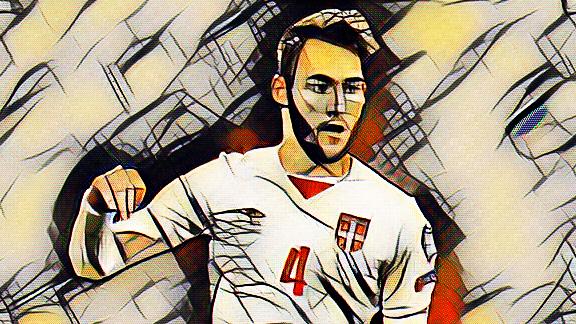 Since Evergrande Group’s takeover in 2010, the Tianhe-based team has only enjoyed enormous success – in both commercial and footballing terms, but also became a barometer for Chinese football. It heralded the advent of money football in China with its initial purchase of Muriqui, Cleo, and Conca, only later to be doubled down with Elkeson and Jackson Martinez. Followers cropped up. Shanghai SIPG, Hebei CFFC, Tianjin Quanjian now dominated the Chinese Super League. Traditional clubs like Beijing Guo’an, Shandong Luneng, and Shanghai Shenhua also felt the pressure and piled up their budget. Expensive foreigners attracted eyeballs and improved Chinese players’ skill. Gao Lin has been the most prominent beneficiary. In every sense of the word, Guangzhou Evergrande is a pioneer.

Then, is Guangzhou’s latest transfer move another telltale sign for the league as a whole? Evergrande always wanted a tough midfielder since Paulinho left for greener pasture. The player has some experience in the CSL. The price tag of fewer than €10 Million is not particularly expensive but still well above the amount of money they paid for Muriqui on both occasions. What went wrong?

First of all are the flirtations Guangzhou has had with much bigger names in the winter. If Pierre-Emerick Aubameyang plays a position Evergrande don’t need much reinforcement, then the contrast between Nemanja Gudelj and Radja Nainggolan will be too strong for even the most easy-going Evergrande supporter to accept easily. The cheapness of the deal, which is rumoured to actually involve some player-swapping or another, is also completed under the bigger environment where teams like Guo’an is still splashing on higher-quality, European Leagues-playing individuals. No doubt there will be worries that Guangzhou Evergrande is now less ambitious and will be less competitive in China and Asia. The very fact that Guangzhou Evergrande only registered only three foreigners – Kim Young-gwon, Goulart, and Alan – for the Champions’ League was inducing anxiety. The joke was that the only reason Evergrande hired Cannavaro was his previous spell’s ample experience with playing with less than the maximal number of foreigners. Instead of relieving it, the seemingly lame signing might have actually exacerbated the pressure on the team.

And there are clouds on the player himself. After billed as the saviour for Tianjin TEDA’s recent sluggish performance, Gudelj only made a paltry 19 league appearances and did not impress. The Serbian claims he joined Evergrande to better his chances of making Serbia’s 23 man squad for the World Cup. That claim is unfeasible if Evergrande underperforms. Worse, he might be abandoned himself if he doesn’t come to the level everyone at Tianhe expects.  Of course, the masterminds precipitated such a surprising move should always include Chinese Football Association, whose austerity drive and the Chairman’s pledge on an all-Chinese squad in 2022.

A signing like Gudelj will be helpful to scale down the expectations and smooth the transition. However, it can be the case that Gudelj will prove almost everyone wrong and catch Evergrande’s opponents unguarded. He is in a team that is still consensually considered the best in China, with a wide platform to prove his worth. His time at TEDA was tough. But it can be argued that nobody was going to shine in a team that was dragging itself not only down the league tables but also with a farcical episode with its close city rival when it faced relegation last year. His previous spells in Ajax and Serbia still stand up. At Evergrande, he will have the support he could only imagine at TEDA but significantly fewer excuses as well.