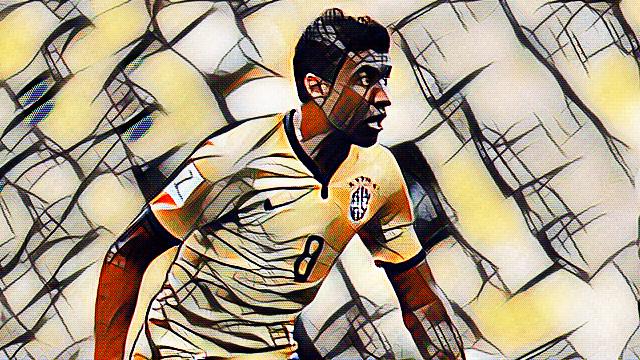 International players playing in China are often stars of by-gone years looking for one last payday before heading off into retirement. China is not often seen as a country and a league where you play in your prime years or come to rejuvenate your career but it is climbing up that steep ladder.

Paulinho came to Chinese shores with a broken confidence and probably a broken career. But in just over two years he has forced his way back into the Brazilian national side and is attracting interest from teams like Barcelona.

Paulinho arrived at Tottenham tipped to be a game-changer. His performances at the 2013 Confederations Cup impressed many clubs including North London rivals Arsenal and the Manchester duo. Despite a bright start, Paulinho trailed off. He struggled to impose himself in matches, something he is comfortable in doing. Injuries did not help the Brazilian either. Being played out of position by then Spurs boss Tim Sherwood also played a part in Paulinho’s lacklustre form.

Spurs got Paulinho off their books in 2015, offloading him to China for a fee believed to be around £10m. Many pundits and critics wrote him off. Personally, I was shocked having expected more from Paulinho after watching him storm all over the pitch in that Confederations Cup tournament. He was tipped to be Tottenham’s Lampard.

In the two years since, few English football viewers would have heard of Paulinho and his ‘exploits’ in China. But he slotted right in. It was the perfect place to rebuild his confidence and career, away from the prying eyes of the European media which is always quick to chastise a player. Playing under Luis Felipe Scolari, the man who coached Brazil during their 2013 Confederations Cup triumph, Paulinho re-found his mojo. He became a Lampard. A box-to-box midfielder able to seize a match by the collar. Paulinho re-discovered the ability to steamroll opposition midfields. Paulinho played a very important role in Guangzhou Evergrande’s 2015 Champions League and League double.

In 2016, Paulinho played his way back into Brazil talk. The performances he put in Guangzhou’s 6th consecutive title run were sublime. The highlight of the initial time in Chia has to be 40 yard free kick he thundered in the Champions League.

Paulinho’s performances turned the heads of the selectors in Rio. The Brazilian became a central part of head coach Tite’s plans. He played a vital part in midfield as Brazil punched their tickets to Russia.

Paulinho did not stop. He continued racking up performances and now teams like Barcelona have started turning their heads. Paulinho’s club Guangzhou confirmed a rejected bid and it is unlikely that Barcelona will not follow that offer up. Paulinho himself is keen on a move.

Paulinho recently said: “I’m a transparent person, I’m not a hypocrite, it’s clear I’m thinking about Barcelona. The chance to play at Barcelona, alongside great players has arisen, I could be part of a team full of cracks. There was an official offer from Barcelona, the president of Guangzhou spoke to them and a deal was not reached. My clause is 40m euros and according to my agent, Barcelona’s offer was 20m and Guangzhou did not accept it. I’m in a marvelous moment of my career, of my life, I think that when you’re in a moment like this, things in the end happen naturally.”

Life has come a full circle for Paulinho, a player who has rejuvenated his career.