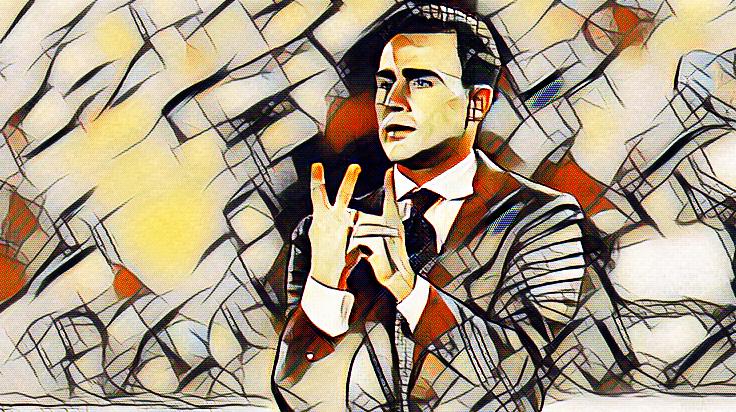 Look up the word ‘passion’ in the dictionary, and a face of Fabio Cannavaro will appear over the horizon on the corner of the next page.

The Italian defender has graced the world with his ruthless attitude and robust defending, two characteristics which have led some football commentators and analysts to claim that he is one of the greatest centre-backs to have ever played the game.

Now in management with Tianjin Quanjian in the Chinese Super League, Cannavaro has set himself an almighty challenge to prove to himself and the sporting world that he can become successful under pressure as a manager as well as a player.

Born just off the Amalfi Coast in a rough suburb of Naples, Cannavaro was brought up in an upper working class football fanatic family.

At times adjusting to new life was tough in the ever-expanding city of Naples. His elder sister married at the age of 15, a trend which took a similar route across the city.

Through the fast-flowing adaptation that Cannavaro undertook in childhood, there was still one constant in his life. Football.

While his mother worked long hours as a maid to lay the food on the table, his father and brother looked first to banking and then to professional football, his dad becoming a player for Serie D side S.S.C. Giugliano.

Both Fabio and his brother Paolo knew that they had to bring income into the household early on in their lives and their father’s part-time career inspired the pair.

The beautiful game became entrenched in Cannavaro’s head, and he subsequently took a job as a ball boy at Napoli’s Stadio San Paolo, watching his idols Diego Maradona and Ciro Ferrera.

By his mid-teenage years, Cannavaro had started to play for his local side Bagnoli, a club situated in the western seaside quarter of the city. There he was spotted by Napoli scouts and invited to a trial, eventually joining up as a midfielder in the youth team.

After a few months, the Napoli coaching staff recognised his no-nonsense ability and had Cannavaro moved to the defence, wherein one training session he produced such a strong sliding challenge on Maradona the Argentine superstar gave Cannavaro his boots as a souvenir.

Buoyed by his progress, the Italian defender was in no doubt that he would make the first team, and did so, making his debut in a 4-3 defeat to Juventus in 1993.

Cannavaro opened his scoring account against AC Milan a few months later, but just after two years the post-Maradona Napoli were in desperate need for funds and decided to sell their prized defender to rivals Parma.

By this time Cannavaro had already been named Serie A Defender of the Year and had triumphed in the UEFA Cup and Coppa Italia.

In just a few weeks at Parma, he met Gianluigi Buffon and Lilian Thuram, and a partnership through the centre of the pitch bloomed, Cannavaro winning the UEFA Cup again in his fourth season at the club.

Then in the following campaign, Fabio’s brother Paolo joined the team, and the two Cannavaro brothers were able to play alongside each other for the next two seasons.

The pair flourished. While the only trophy Parma could add to the cabinet was the Supercoppa Italiana title, beating Serie A champions Milan in the final, Parma regularly overachieved, consistently reaching the top four in the league.

Nonetheless, lighting would strike twice when like Napoli, financial trouble at the club would end Cannavaro’s spell in the team, as the man who made 250 appearances over seven years was sold to Internazionale.

His stint in Milan began promisingly with Inter reaching the semi-finals of the UEFA Champions League in 2002-3. Yet a nasty injury thwarted Cannavaro’s ambition, and in just two years he departed for Turin to play for Juventus.

Now reunited with Buffon and Thuram, Cannavaro could reach his potential, creating one of the most feared defences in the world. The element of trust in the spine of the team was crucial, and it was no surprise that Juventus walked to two consecutive Scudettos in 2005 and 2006.

As the domestic titles flew in from every angle, there was still one particular trophy missing from the cabinet. Throughout his career, Cannavaro had dreamed of a prize so great that even a player of his stature believed it was not possible: the FIFA World Cup.

Ever since the Italian defender had won two consecutive UEFA European Under-21 Championship titles, in 1994 and 1996, he reckoned that World Cup glory would be likely.

But defeat to France in the quarterfinals in 1998 set the country back, and then even more remarkably in 2002, Gli Azzurri were defeated by South Korea in the second round, with Cannavaro suspended after receiving two yellow cards in the group stage.

So all in all 2006 looked an unassailable task. Though under the stewardship of Marco Lippi, pessimistic thoughts did begin to recede and when Cannavaro became captain of the side a nation looked at each other gleefully with anticipation.

They were right to do so. Italy had eased to the semi-finals but faced hosts Germany, Cannavaro delivering with an outstanding defensive display as his side edged through to the final with a 2-0 victory.

And even after a seventh minute Zinedine Zidane penalty, Cannavaro would lift the infamous trophy. After his performance in the final, he was labelled the ‘Wall of Berlin’, a fitting tribute to a person who 20 years before had taken up the game to make his father proud.

Cannavaro once said that his dad was the idol in his life, the man who provided him with the passion to make an indelible mark on the sport.

Perhaps no surprise then that Cannavaro moved back to Juventus from Real Madrid in 2009. Three years earlier the Turin club let him go to the Spanish capital after the result of the Calciopoli court case, one which concentrated on corruption at the top of Italian football and led to Juventus’s dismissal from Serie A.

After his second spell at Juventus, Cannavaro had decided that enough was enough in Europe and moved to the United Arab Emirates to play for Al-Ahli.

He then suddenly turned to management after a career-ending knee injury, joining the coaching staff at the club with a double success in his first season.

Guangzhou Evergrande caught his radar, and initially, it seemed a seamless transition to take the place of Marcello Lippi, Cannavaro’s closest mentor in 2006.

It didn’t work out. In just under a year he was replaced by Luiz Felipe Scolari, and then, astonishingly moved to Saudi Arabian club Al-Nassr in 2015, but the stint lasted less than four months.

Cannavaro’s pedigree as a player then attracted Tianjin Quanjian, who wanted the defender to inspire the League One team and guide them to the star at the top of the Christmas tree, the Chinese Super League.

And he did just that, with the industrious Chinese city now represented by a manager who could be defined by exactly that word.

Throughout his illustrious career, Cannavaro has scaled the heights of football’s greatest mountains. In management, he may just face an even taller summit.