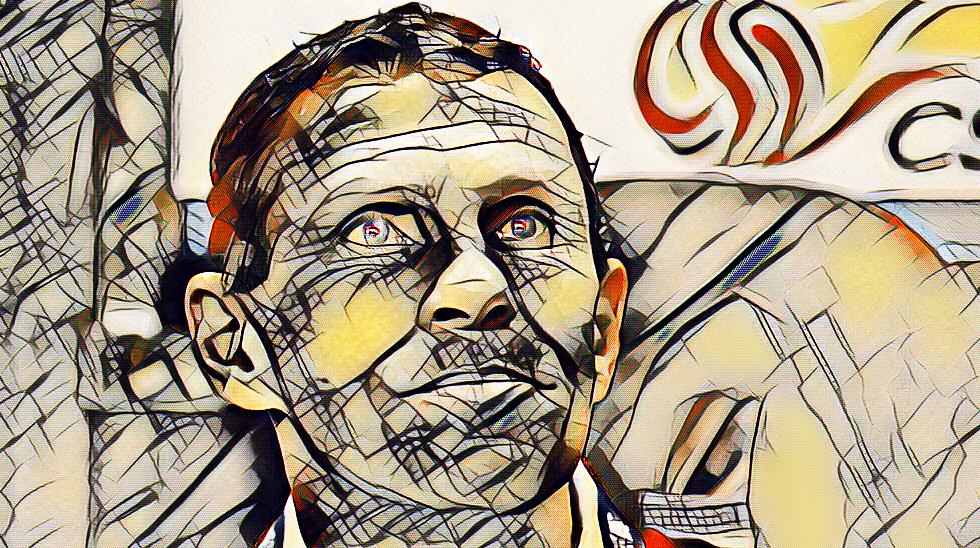 As a manager, you’re so exposed: every decision, every gesture, every face, every little detail. These are the words of Gus Poyet. Nicknamed ‘Radio’ due to his passionate speeches, Poyet has spent his life dedicated to the sport he adores, both on and off the pitch.

An animated figure, he has travelled the globe to eye up new opportunities and challenge himself in contrasting environments. From River Plate to Real Zaragoza, Brighton and Hove Albion to Real Betis, and Sunderland to Shanghai Shenhua, Poyet’s charismatic attitude has created a lasting legacy wherever he has played or managed, for better or for worse.

Born in Montevideo, Poyet started his football career as a tough tackling midfielder, and spells with Grenoble and River Plate won him a contract with Zaragoza in 1990. By the time he joined the club very few fans had heard of him, but when he left seven years later, Poyet had established himself as an icon.

He became Zaragoza’s longest-serving foreign player, hitting the back of the net 60 times in 240 games, a rate of a goal every four matches.

His fruitful time in Northern Spain included success in the 1994 Copa Del Rey after Zaragoza triumphed over Celta Vigo in the final. A year later an even greater victory occurred in the UEFA Cup Winner’s Cup Final after Zaragoza edged past the reigning champions Arsenal to claim the crown.

After United decided to pull out of the FA Cup, Chelsea went into the tournament as second favourites and won the trophy with ease, Poyet scoring twice in the semi-final against Newcastle United.

Just as the Uruguayan was starting to look towards a long term future with the club, Claudio Ranieri wanted to reduce the average age of the squad and viewed Poyet as a player surplus to requirements.

So in 2001, Poyet moved across London to Tottenham Hotspur, helping them reach the League Cup final, but they lost 2-1 to Blackburn Rovers. Poyet’s career then took a turn for the worst as constant injuries reduced his playing time, and at the age of 34, he decided that he would venture into management instead of continuing his playing career.

After a few years out of the game, Poyet returned in 2006 and looked to an old face in Dennis Wise for an opportunity to be his understudy at Swindon Town. Wise accepted and the two formed a partnership which they carried to Leeds United.

It was not long until an opening in the Premier League materialised, and in 2007 Poyet returned to Spurs, this time as a coach, to work with manager Juande Ramos. During his first season as assistant manager, he won the League Cup, after Jonathan Woodgate’s strike downed Chelsea at Wembley.

Poyet had established himself as a canny but careful coach and now wanted to make a name as a manager. He chose Brighton. The result was spectacular.

After securing the financially stricken club safety, Poyet created a myriad of changes, and the signings of Liam Bridcutt, Matt Sparrow, and Ashley Barnes galvanised the team.

The following season started with five wins from the first eight games putting Brighton top of the League One table. A run of eight straight victories in March propelled the seaside club to the Championship, who had nearly fallen out of existence just a decade before.

In his first full season in management, Poyet had won the LMA League One Manager of the Year, so it was no surprise that Brighton’s excellent form would continue into the Championship.

In just a month Poyet broke Brighton’s transfer fee record twice with the signings of Will Buckley and Craig Mackail Smith. Both carried significant burdens but starred on the pitch as The Seagulls made an unbeaten start to the season.

Their rapid rise won Poyet the Outstanding Managerial Achievement Award at the Football League Awards ceremony, but soon the good work came crashing down. The Uruguayan found he had been sacked by Brighton while covering the 2013 Confederations Cup live on air, after defeat to Crystal Palace in the play-off semi-final.

Poyet then decided to make a move to Sunderland and won the hearts of the fans early on by beating Newcastle United 2-1. He got the side to the League Cup final, defeated José Mourinho in his first-ever home league defeat in the Premier League as Chelsea manager, and subsequently guided the club to safety.

But like at previous sides, the bad followed the good. Poyet first had to deal with the news that Adam Johnson had been arrested on allegations of sex with a minor, and then results took a turn for the worst. With Sunderland in 17th place, Poyet was sacked.

His passion for football continued, and in 2015 he became the boss at AEK Athens. After memorable wins against Olympiacos and Panathinaikos, he had a major fallout with the club president Dimitris Melissanidis, a row which cost him his job.

A short spell with Real Betis ended in disaster, so Poyet decided to distance himself from European football and in November last year became manager of Shanghai Shenhua.

Over his career, Poyet has won seven major trophies and achieved two personal honours. He also made 26 appearances for Uruguay, scoring three times.