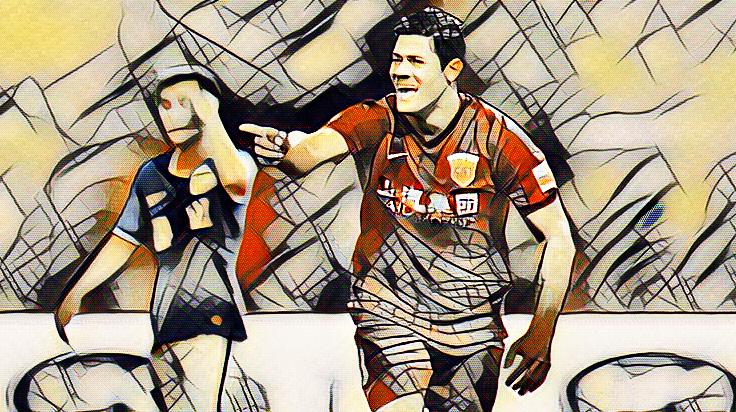 Brazilian superstar Hulk has been accused of punching an opposition coach in Saturday’s match between Shanghai SIPG and Guizhou Hengfeng Zhicheng, whilst abusing him in English. Wait, English? This might put some Premier League clubs on standby, especially those that need a little bit of fight. What about Burnley, now Joey Barton is on sabbatical? Hulk could be a great replacement, surely? Just imagine Hulk playing alongside Andre Gray for a moment, in the Premier League. Of course, you can check out all the latest Premier League matches and on the day Hulk makes his debut for Burnley, put a tenner on him to punch Sean Dyche.

Anyway, back to the serious stuff.

The incident supposedly took place at half-time according to Reuters, who also reported that he punched the Guizhou coach because he “despises the Chinese people”. This claim has been denied by Hulk’s club Shanghai SIPG.

The coach in question is reported to be Guizhou assistant Yu Ming. Guizhou head coach Li Bing, who will hand over the reins of the club to former Atletico Madrid, Sevilla, Beijing Guoan and Shanghai Shenhua manager Gregorio Manzano in the coming days, had this to say about the incident:

“There were some arguments in the first half and their coaches took the initiative to insult us during the game, that was why we had the arguments with them.”

Shanghai SIPG have denied all allegations and released the following statement on their Weibo account:

“The claims Hulk punched the assistant coach of Guizhou are not true. The statement of Li Bing and Yu Ming are inappropriate and they provoke hostility between the foreign players and Chinese people and it has affected the image of our club.”

SIPG coach Andre Villas-Boas claimed that he and Hulk had been the first two people to enter the SIPG dressing room at half-time.

“I don’t know what people are talking about,” is all the former Chelsea and Tottenham manager has said on the matter.

Guizhou coach Li Bing is confident in his version of the case and had these parting words to the media:

“Foreign players come here to help with the development of Chinese football, but no matter how well you play, you can’t despise Chinese people, let alone beat our Chinese coaches.”

So, there you have it, two very different versions of events. The last word has certainly not been said in this case. The Chinese Football Association will want to look at this incident and hopefully, we can know the truth and appropriate action can be taken.