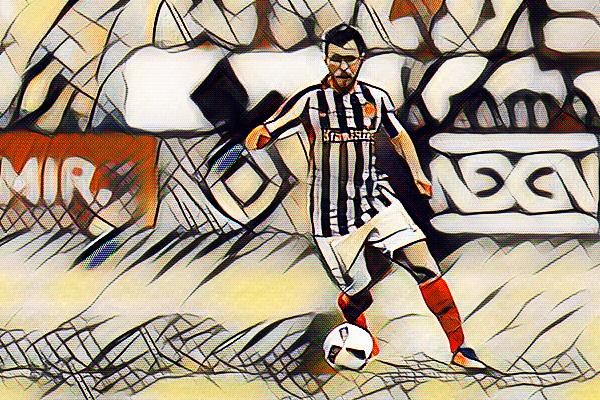 Hungarian Szabolcs Huszti is well known for fans of both Chinese and German football after two spells in the CSL and three spells in the Bundesliga. The 34-year-old is widely regarded as a great all-round midfielder, who can also play as a striker should the need arise.

Huszti started his pro career at the Hungarian powerhouse Ferencvaros where he established himself as a regular during the 2004/05 season. His impressive performances for Ferencvaros saw him earn a move to French side Metz, he reportedly turned down both Glasgow Rangers and West Bromwich for the Ligue 1 club.

After a rather unsuccessful season where he only turned out 18 times and saw Metz relegated meant another move was on the horizon and in July 2006 Bundesliga side Hannover bought Huszti.

He became a fan favourite at the German club and he showed his versatility by being used all over the midfield, on both wings and in every central position. During his three years at Hannover he pulled on Die Roten’s shirt 81 times and scored 17 times.

In the winter transfer window in 2009 the Russian ruble came calling in the form of Zenit St. Petersburg. Another three years in Russia saw him play 58 times for Zenit and scoring 7 times.

In 2012 he returned to Hannover for another two seasons where he scored more goals than last time there, 19 in 51 games was the final tally when he once again changed club in 2014.

At this point the Chinese clubs had found more money than they could ever use and some of that was spent on Huszti. Changchun Yatai was the destination and in the one and a half season there he scored nine goals and assisted another 10.

After the 2015 season Bundesliga side Eintracht Frankfurt wanted his services and secured his signature on an 18-month deal for a reported transfer fee of €250,000. Huszti helped save Eintracht as they narrowly avoided relegation after beating Nürnberg 2-1 on aggregate in the relegation playoff.

This Bundesliga season he played 15 matches for Eintracht before once again going back to China and Changchun in February this year. The fee? €1 million. A nice little profit for Frankfurt there.

This season has been difficult for Changchun as they have struggled at the bottom of the table so far. Huszti had helped with one goal and an assist prior to yesterday’s match against Tianjin Quanjian. Here he scored twice and assisted another as Changchun won 3-1 and climbed a little further away from the relegation battle.