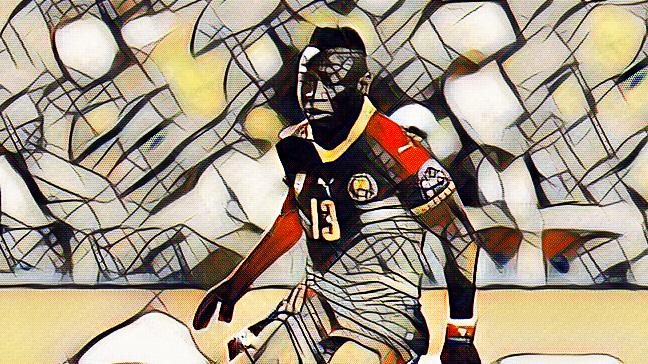 Christian Bassogog began his career at a club called Rainbow FC in his native Cameroon. Bassogog progressed through the youth ranks and made a name for himself. He chose to move to US second tier club Wilmington Hammerheads. He went on to make 14 league appearances for them.

Bassogog got his break with Danish side AaB. He made his debut in September 2015 coming on as a second half substitute. Until then, Bassogog was rarely used as a centre-forward, a position he now plays in. His big break at centre-forward came when he scored a brace playing there. His manager, Lars Sondergaard, noted that Bassogog’s future might be in that position.

Bassogog only made his Danish Superliga debut in February 2016 against Midtjylland, yet again coming on as a substitute. He did not score as often as he would have liked, but his performances earned him a place in Cameroon’s squad for the 2017 Africa Cup of Nations.

His performances for his country in Gabon earned him a lot of praise and also attracted the interest of several clubs. Bassogog scored two goals but was a vital part of the squad that finished as Champions for the fifth time. He scored a goal in the 2-0 victory over favourites Ghana. Bassogog was named as Best Player of AFCON 2017, selected in the Team of the Tournament and was awarded the Tournament MVP prize.

His display in Gabon naturally led to many clubs enquiring about the youngster. The same was confirmed by AaB Sporting Director Allan Garde. His move away from Denmark was official on February 19th. The transfer fee was a reported £5m. This fee was the biggest ever received by AaB in their history eclipsing the one they received from Ajax for Jesper Gronkjaer. Bassogog joined Chinese Super League side Henan Jianye.

Bassogog has made a decent start to life in China, starting all of his team’s nine matches while scoring three goals.