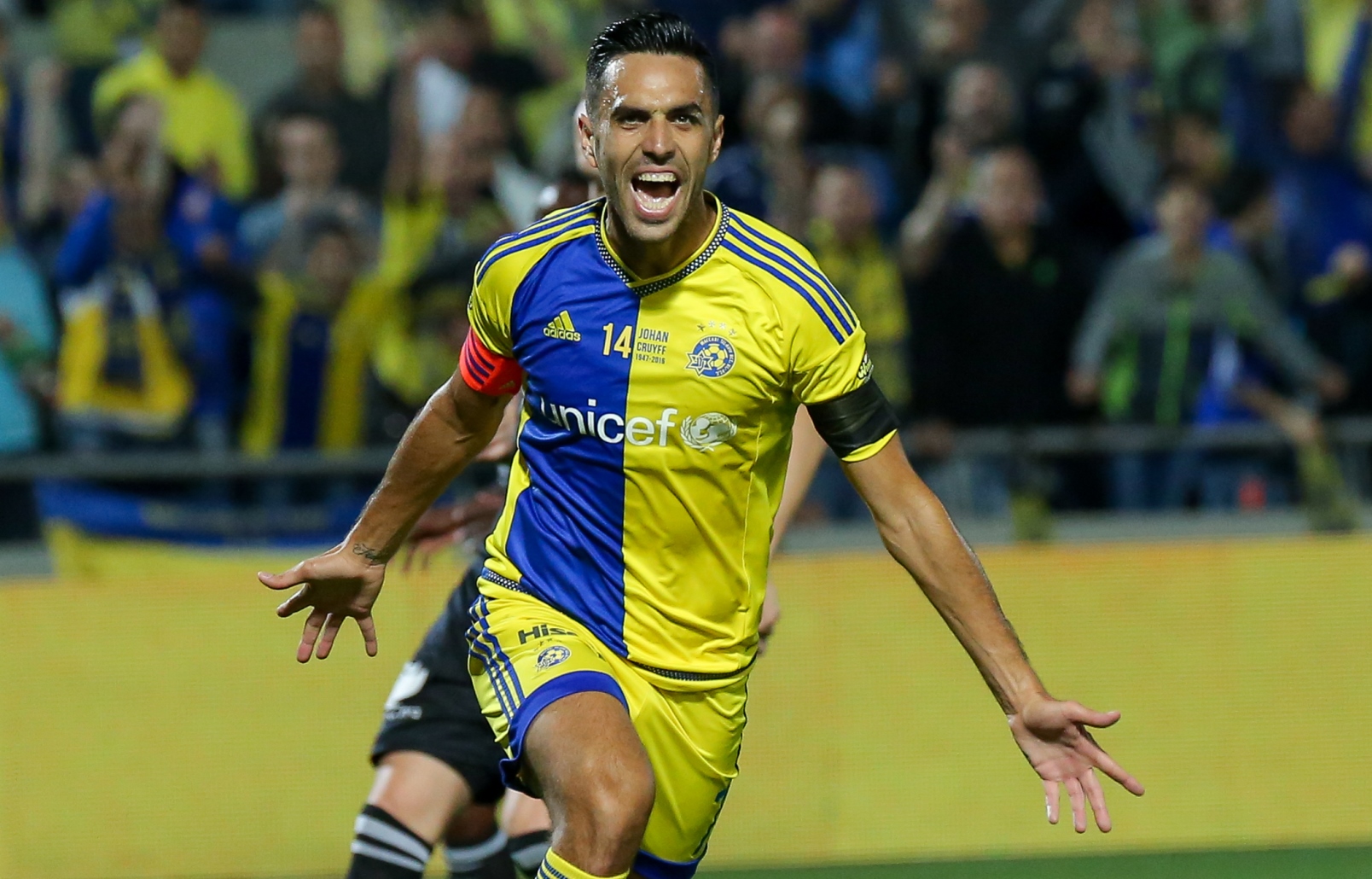 Eran Zahavi was revered in his homeland of Israel, breaking two club records for most goals scored in a season when he played for Maccabi Tel Aviv. The Israeli has continued his fine form in China and is the current top scorer of the Chinese Super League with his six goals.

He started out in the youth academy of the other Tel Aviv team, Hapoel Tel Aviv, where he made his first team debut in a cup match in 2006 before going on loan to Ironi Ramat HaSharon for the rest of the 2006/07 season and the following 2007/08 season.

When Zahavi came back to Hapoel he quickly established himself in the first team during the 2008/09 season playing 26 matches and scoring seven goals.

The following season he helped Hapoel to win the league and cup double, playing 29 matches and scoring 11 goals. This was Hapoel’s first league title since 1999/2000.

The following season, Zahavi finished top of the assist ranking as he put the final pass on 13 goals in total, as well as scoring nine himself. Hapoel once again won the cup and Zahavi’s impressive performances had seen Italian club Palermo show their interest.

That interest led to a transfer prior to the 2011/12 season. However, his time at Sicily did not go to plan. He only played 23 matches, 11 from the start, in one and a half season there and only scored twice.

To describe how poor his time in Italy was you only need to look at Zahavi’s Wikipedia page. All it says about his time at Rosanero is: “It was reported that Zahavi signed a five-year deal with the Italian Serie A club, Palermo.”

The January transfer window of 2013 saw Zahavi return to Israel but, this time to Hapoel’s bitter cross-town rivals Maccabi Tel Aviv. He scored seven goals in the 16 games he played in the final half of the season.

In his first full season back in Israel, Zahavi was moved from a more traditional centre midfield position, where he had played up until this point in his career, into an attacking midfield role by new coach Oscar Garcia. He was also given the captain’s armband.

This was to be one of the best decisions ever made for Maccabi. He scored 29 goals in the 2013/14 season as Maccabi won the league. This was the highest ever amount of goals scored in a season for Maccabi.

The following season Zahavi was once again on fire as he scored 27 goals when Maccabi once again won the league. However, there was some drama this season.

During the first Tel Aviv derby of the season, Zahavi scored a penalty to put the teams level. A Hapoel fan apparently did not like this and ran onto the pitch and attacked Zahavi. Zahavi retaliated and was sent off, which immediately caused more pitch invasions and the match was abandoned. Both teams were subsequently deducted one point each.

In his final season in Israel, Zahavi broke yet another two records. He scored 35 goals in 36 games. The observant of you will notice that this is more than he scored two seasons ago and that meant he broke his own record on the most goals scored in the league by a Maccabi player. He also broke the Israeli record for most goals scored in a single season in the league, the record had stood since 1954/55.

On June 29th Zahavi joined Guangzhou R&F and he promptly continued his great form. On his debut, he came in against Shijiazhuang Ever Bright after 60 minutes with the score 1-1. He scored his first goal for the club 15 minutes later and assisted another as R&F won 4-2. All in all, he scored 11 goals in 15 league games as well as six in four cup games in his first half season.

This season Zahavi has scored six in six matches, only missing out on the score sheet in the first two games of the season but he compensated for that by scoring twice in each of the two last matches.