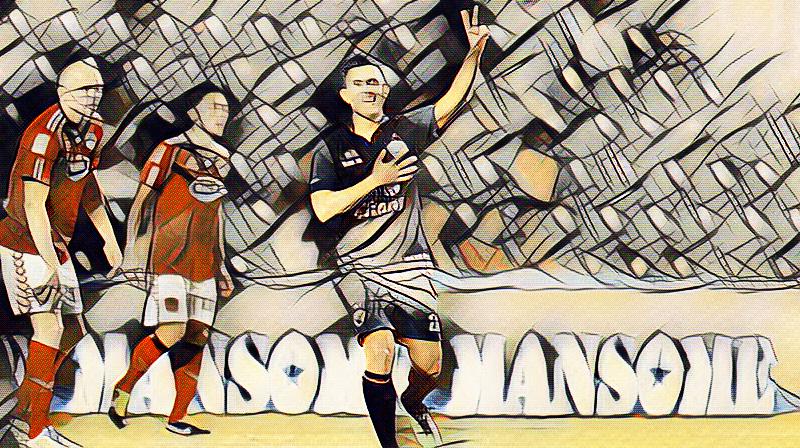 Javier Patiño might not sound like the most Filipino name in the world. The striker with 12 caps and four goals for the Philippines was born just 20 kilometres outside of Spain’s capital Madrid, to a Spanish father and Filipina mother.

He started out at the youth academy of local side Alcobendas who play in the lower rungs of the Spanish leagues. He made his first-team debut in the 2007/08 season, playing 31 games and scoring 13 times. The following season Patiño moved to fellow amateur side Reyes where he spent three years playing 70 games and scoring 26 times.

In 2011 Liga Adelante side Córdoba wanted his services and Patiño signed a three-year deal. In his first season away from the Madrid-area he made 35 appearances and scored eight times. A lack of playing time in the first half of the following 2012/13 season saw him move on loan for the rest of the season to fellow Adelante side Xerez on the last day of the winter transfer window in 2013.

His stay at Xerez was not a happy one and he only played four times for the Azules, having his time cut short, returning to Córdoba on the 9th of March.

On his return to Córdoba, he was told his services would no longer be needed and he was then promptly sold to Thai big boys Buriram United the following day.

He scored a brace on his debut in a 6-1 defeat of Songkhla United. His first season in Thailand was a massive success as Patiño scored 14 in 20 appearances. The following season he did one better, scoring 21 in 34 games.

Henan Jianye bought Patiño in January of 2015 and he did well in his first season in the Super League, scoring 11 in 27 appearances as Henan finished an impressive fifth.

Last season saw Henan and Patiño both drop off. The club fell to 13th and Patiño scored only eight in 28 matches.

He made his international debut for the Philippines in 2013 while playing for Buriram and he finished runner-up in the 2014 AFC Challenge Cup, a tournament for the “not so great” teams of Asia. The Filipinos got to the final by beating the Maldives 3-2 after extra time but lost the final 1-0 to Palestine, who had passed Afghanistan to get there.

This season has seen Patiño’s game time reduced to two games as Henan have favoured youngster Christian Bassogog up top in their 5-4-1 formation, he’s scored four in 11.