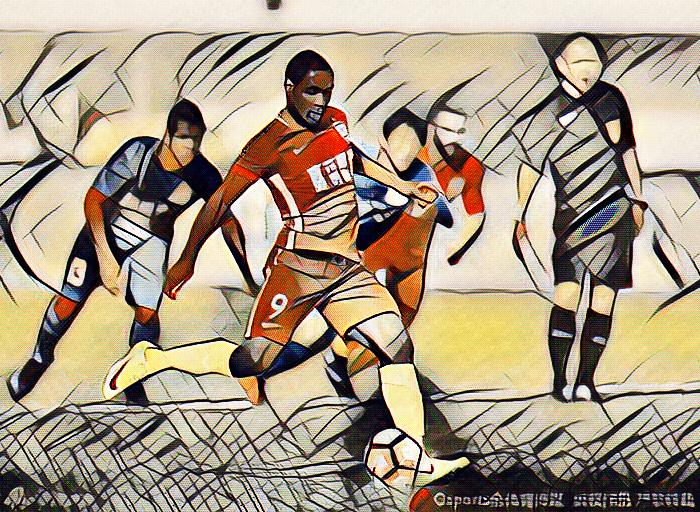 Odion Ighalo began his career at Prime FC before playing for Julius Berger in his home country where he was spotted by FIFA agent Marcelo Houseman. He got his break after a successful trial at Lyn in Norway.

Ighalo’s performances in Norway attracted the attention of many clubs both in Norway and abroad. He eventually signed Serie A side Udinese. Despite signing a 5-year contract, Ighalo was rarely used, often appearing as a late substitute. The following season saw Ighalo go to Granada in Spain on loan for two years. He was prolific there scoring 17 times in the season. The second season was not as successful as the first and Ighalo scored just 5 times. But Granada won promotions in both of Ighalo’s seasons there.

Ighalo had the briefest of loan spells at Cesena FC in Italy, appearing only 3 times.

Ighalo returned to Granada in 2011, on loan again. Ighalo spent 3 years at Granada on loan making nearly a century of appearances but scoring just 17 times. After his spell at Granada ended, Ighalo made the loan switch to Watford in the Premier League in 2014.

He made his debut in the English League Cup. He scored his first goal for the Hornets on the 30th of September, tucking home after his initial penalty was saved. The following month saw Ighalo make the permanent switch to Watford. He formed a formidable partnership up front with Troy Deeney and fired the club to the Premier League. One match saw him score 4 second-half goals, helping his team overturn a 2-0 halftime deficit. Watford eventually won 7-2. He also scored a brace during the comeback 2-1 win over Brentford. The second goal was an injury-time header.

Deeney’s 21 goals and Ighalo’s 20 guided Watford to the Premier League. On his Premier League debut, he put his team 2-1 ahead against Everton before eventually drawing 2-2. He continued his rich vein of form and was one of the dark horses for the Golden Boot award. In December of that the 2015-16 season, Ighalo scored in four consecutive games winning the Premier League player of the month award. His heroics on the field helped his manager Quique Sanchez Flores win the manager of the month for the same month.

After this individual high, Ighalo’s form trailed off. He endured a nearly 600-minute personal goal drought ending it in spectacular fashion against Arsenal in the FA Cup quarter-finals.

The 2015-16 season was a resounding success for Ighalo and was even linked with a move to top clubs like Chelsea and Manchester United. He however, decided to extend his stay at Watford by another 5 years. But Ighalo suffered a spectacular drop in form scoring just one league goal and none in his last 15 appearances.

Ighalo made the switch to Chinese side Changchun Yatai in January in a reported £20m move.