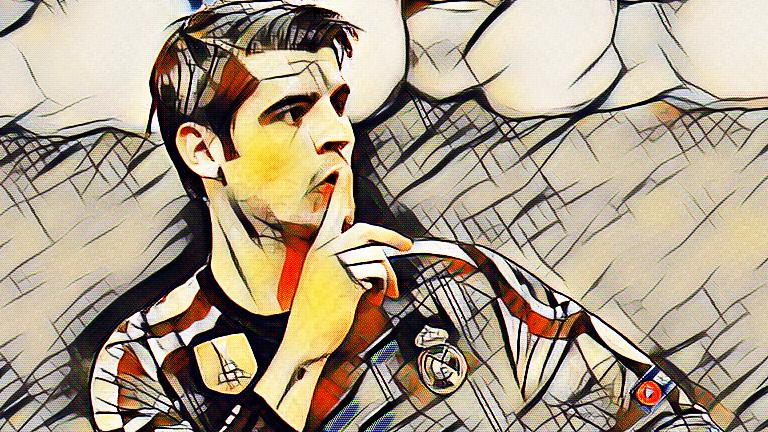 Table-toppers Guangzhou Evergrande have emerged as the most likely side to be behind the audacious £147million contract to try to lure Alvaro Morata away from Real Madrid to ply his trade in the Chinese Super League.

Boss Luiz Felipe Scolari, former manager of Brazil, is said to be keen on the Spaniard. He already has a trio of big-money imports countrymen in his ranks the shape of Alan Carvalho, Ricardo Goulart and Paulinho as well as Colombian star Jackson Martínez.

But the potential of signing the in-form Morata would be one which is extremely appealing to the ex-Chelsea coach. Spain ace Morata, 24, has enjoyed a super season after rejoining Real Madrid from Juventus.

Yet he is said to be disappointed at a lack of regular game time in Zinedine Zidane’s outfit. Chelsea, who can wrap up the Premier League title with a win over West Brom on Friday night, denying second-placed Tottenham their first top flight crown since 1961, are also said to be keen on Morata.

Morata is said to have been offered the £30million-a-year deal to move to the CSL by a Chinese business group, although the identity of which club they represent has yet to be officially revealed. But CSL rumour suggests it is Guangzhou Evergrande.

They are currently top of the CSL and on course to win their seventh league title on the bounce – but the club’s hierarchy are fully aware of the power being wielded in the transfer market by clubs such as Jiangsu Suning, Shanghai SIPG and Shanghai Shenhua. Hence their move for Morata.