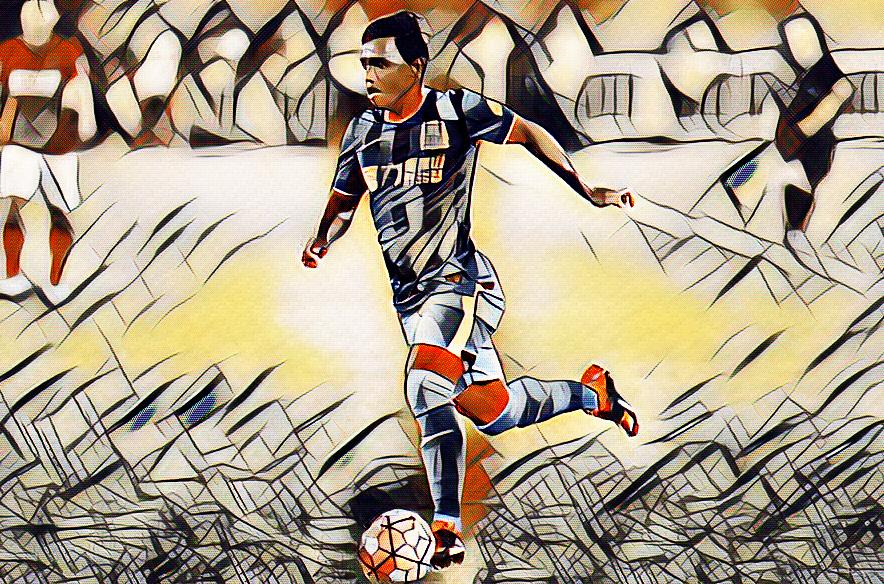 Renato Ribeiro Calixto, commonly called Renatinho came up through the Coritiba youth system. He spent his childhood there and was called up to the senior side in 2008. He was selected for the Campeonato Paranaense. He left his mark on the tournament by scoring a sublime freekick.

But Renatinho was loaned out to Londrina so that he could participate in the 2008 Copa Parana. He played a vital part and helped his team to the finals where he scored both in regulation and during the penalties. Londrina won the cup.

Renatinho returned to Coritiba for the 2009 Copa Paranaense. This time he was a regular started and scored twice in 17 goals. He also started twice in the Copa do Brasil and scored once. In the Campeonato Brasileiro, he failed to be a regular started but carved himself a place in the starting XI as the season wore on. He scored in his very first game in a 4-2 reverse against Santo Andre. Renatinho also featured in both of Coritiba’s Copa Sudamerica matches and found the back of the net twice.

In the 2010 season, Renatinho was sent out to loan to Atletico Goianiense but he didn’t make a single appearance. The following season too, Renatinho was loaned out, this time to Ponte Preta. This spell was not a complete failure as he made 34 appearances while scoring 4 times.

Renatinho made the move out of Brazil to Asia. He signed with Japanese side Kawasaki Frontale. The loan was a tremendous success as he made 57 appearances while scoring 22 times. Renatinho then permanently signed for the Japanese side and made a further 47 appearances there. His scoring touch remained as good as it was and found the back of the net a further 15 times.

Renatinho’s displays attracted the attention of cash-heavy Chinese clubs. He signed with Guangzhou R&F in 2015. Renatinho was central to the rebuilding effort being carried out at Guangzhou. Guangzhou later signed players like Eran Zahavi and Urso and further their Championship and Continental ambitions. Renatinho however always put in consistent performances and ran the offence. Standing at 5 feet 5 inches tall, Renatinho makes for his lack of length by his excellent control on the ball. His low centre of gravity enables him to take on defenders similar to how Lionel Messi does.

Renatinho always has an eye for the spectacular. Despite being an attack-minded player, Renatinho is always eager to help out his team at the back. His preferred position is behind the central striker or on the wings.

Renatinho has started the 2017 CSL season in fine form and has racked up a handful of assists and goals. His form has helped Guangzhou sit pretty at the top of the table of the CSL season in its infancy. Renatinho’s displays will definitely have a big say on how high Guangzhou finish at the end of the season.