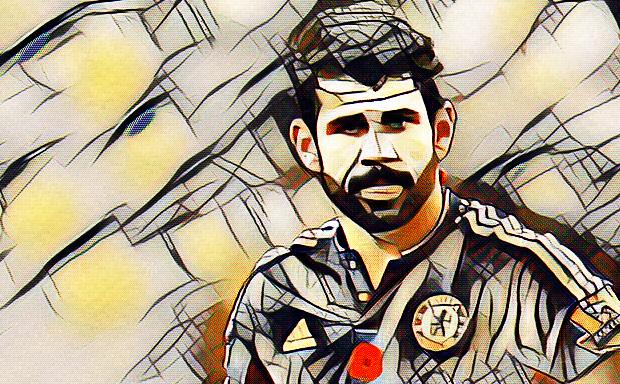 Spanish hitman Costa, 28, enjoyed a meal with officials from the club last week to discuss the finer points of a transfer that would link him up with new team-mates Alexandre Pato, who he knows from his time with Chelsea, Fabio Cannovaro and Axel Witzel in China.

Stamford Bridge hero Costa, who looks like he has helped the Blues to claim the Premier League title (and still has a chance of completing the league and cup double with an FA Cup final victory over Arsenal), was photographed with agent Jorge Mendes having dinner with Tianjin Quanjian staff – prompting speculation that a move was on the cards.

Now Spanish TV station Cadena Ser says Chelsea Costa has indeed penned a “pre-agreement contract” with the club, who are said to be ready to pay Chelsea a massive transfer fee of around £76million. The fee would eclipse the previous Chinese transfer record – Oscar’s £60m move to Shanghai SIPG.

It shouldn’t be any great surprise that Quanjian owner Shu Yuhui is ready to flex his financial muscle once more. He recently said: “We are working on bringing in more big-name players. We expect the best.

“However, the best players want to go to clubs such as Bayern Munich or Real Madrid. Our targeted players are also being chased by these clubs, so we may need to pay more. We are in competition with Bayern Munich and Real Madrid for transfers, so let’s wait until June and then we will see.”