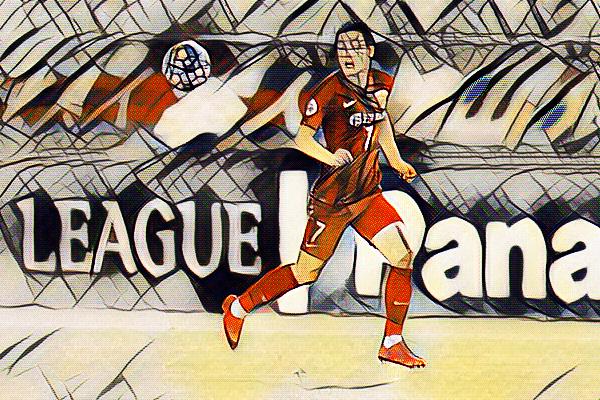 With the recent flood of big foreign superstars coming to the Chinese Super League, players like Wu Lei are extremely important for the game as a whole in China.

He has played for Shanghai SIPG (or Shanghai Dongya as they were known until 2015) his entire professional career, getting his football education at the club’s prestigious Genbao Football Base that has seen multiple Chinese Internationals come through since its opening in 2001.

Wu Lei is the youngest player to ever grace the green field of Shanghai Stadium and professional Chinese football in general, when he made his debut in a 5-3 loss to Yunnan Lijiang Dongba on 2nd September 2006, at the tender age of 14 years and 287 days.

It would take two more years for Wu Lei to break into the Shanghai squad but once he did he stayed there. He played 24 games in his breakout season scoring four times.

He scored his first goal for Shanghai on 30th of August 2008 in a 2-0 win over Qingdao Hailifeng, making him the second youngest goalscorer in China at 16 years and 289 days, only 47 days behind another Genbao graduate and former teammate Cao Yunding.

Now 25, Wu Lei is the club’s all-time top scorer with 117 goals in 262 matches across all competitions since his debut in 2006. 55 of those goals has come in his 117 appearances in the Super League. All this as a winger.

For the Chinese National Team, he’s struggled a bit more only scoring seven times in 41 appearances since his debut in 2010. He has been a regular at the national team since 2013 and he didn’t play a national game from his first call-up in 2010 to his second in 2013. That might also explain some of his not-that-impressive international statistics.

As close to a legend as he can be already for Shanghai-fans, Wu Lei has a lot to offer and can continue to be the club’s best Chinese player for many, many years to come and if he can step up his game for the national team he might even be a national legend come the end of his career. This season has started well for Wu Lei as he’s scored once in both of Shanghai’s first matches, a 5-1 win over Changchun Yatai and a 2-0 win over Yanbian Funde and it looks like a good year is ahead for Wu Lei.