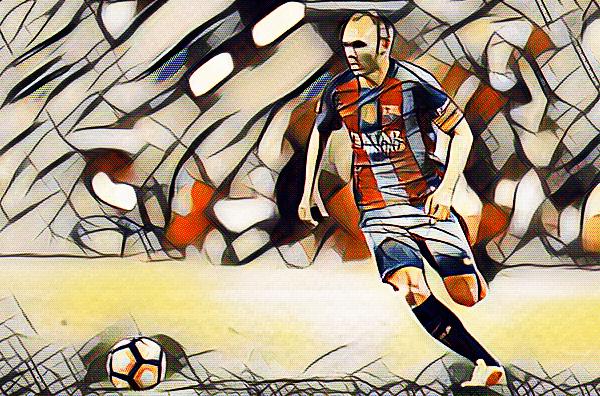 Andres Iniesta is used to the limelight. From the age of 12 when he first entered the gates of Barcelona’s youth academy, La Masia, the player who would go on to achieve unthinkable successes, and inspire a generation of his own, is now a household name across the globe.

Aura is perhaps one of the most over-exaggerated phrases used in football. Given the commercialisation of the game loved throughout the world has taken on the inevitable financial opportunity at every possibility, viewing figures have sky-rocketed with more supporters engrained to the action than ever before.

Personalities are bigger. Talking off the pitch has become as commonplace as what takes place on the green grass of a football field. Headlines always decide to peak around the corner even if there is little content to work with. It’s constant and unmissable.

To an extent, this is what the Chinese Super League has looked to achieve in its attempt to become noticed. The two signings of Hulk and Oscar were not an accident. In bringing the pair to China they didn’t just create a contrasting platform for both to work with, but also open up a whole new platform to a mammoth Latin America audience.

It’s no surprise clubs in one of football’s biggest expanding nations is now looking at a player in one of the game’s most prosperous countries. The theory makes sense. Iniesta is nearing retirement age, and at 33 years old may want a new challenge away from the predictable lifestyle that the Spaniard has become accustomed to for so many years.

Apart from a two-year youth spell at Albacete between 1994 and 1996, he has spent his whole professional career at Barcelona, and with 425 appearances to name it is a no-brainer that Iniesta would elevate the CSL to new heights.

In fact, last summer, Iniesta travelled to Chongqing, with the city one of the biggest exporters of his Bodega Iniesta wines.

Yet if you move away from the commercialisation and strip back the layers you find the shy 12-year-old kid that Pep Guardiola as captain of Barcelona once stated would retire us all.

It was then no surprise that Iniesta became the first Blaugrana player to sign a lifetime contract with the club. Barcelona’s motto is ‘Més que un club’. No translator is needed to work out what it means.

Surprising would then be an understatement if Iniesta moved to China. Although a move is a possibility is highly unlikely because the Spaniard’s aura is not manufactured through the globalisation of football. Barcelona’s philosophy and identity have created a purity regarding Iniesta’s style and mannerisms on the pitch.

The question is not just whether the CSL would accept that elegant style of play, but would Iniesta change it to suit new employers? Probably not. And in all truth rightly so.