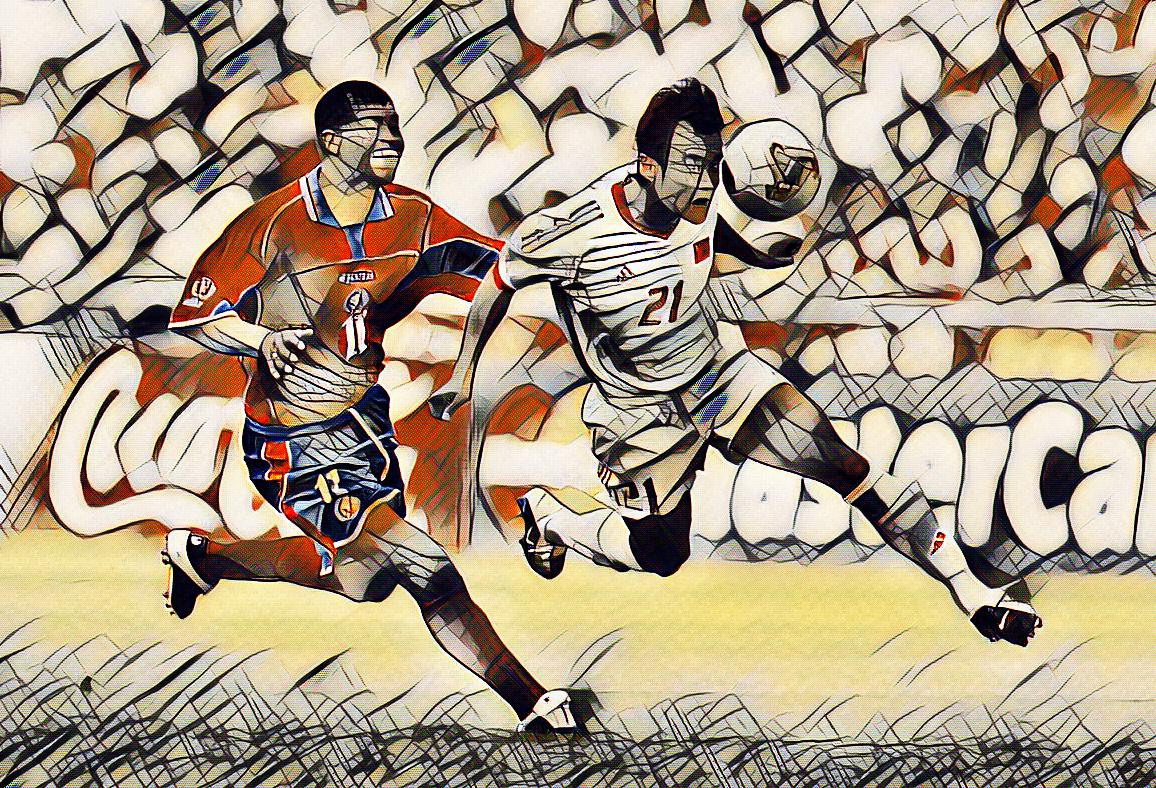 China have only ever been to one World Cup, back in 2002 when they didn’t have to compete with the two traditional powerhouses in the region, South Korea and Japan as they were the ones to host the tournament.

In this two-part series we take you back to 2001 and 2002 to relive the greatest achievement in the history of the Chinese National Team. First up, the qualification phase.

The bottom of the stairs

The AFC qualifiers started in April of 2001 with China entering the first stage in Group 9 of a total 10. In their group awaited the powerhouses Cambodia and the Maldives as well as Indonesia. A very manageable group most thought.

China opened their campaign against the Maldives who had already gotten off to a decent start with a win and a draw against Cambodia, but losing 5-0 to Indonesia. However, this was to be even worse than the Indonesia match for the islanders. In the Shaanxi Province Stadium in Xi’an they conceded four before half time and six after, with Beijing Guoan centre back Xu Yunlong scoring a brace and Alemannia Aachen striker Xie Hui scoring a hattrick.

The only saving grace for the Madives came after 67 minutes when Mohammed Jameel pulled one back to make it 7-1 at that point.

In the second match between the two teams, just six days later, in the Maldivian capital Malé the home side did much better and kept the Chinese attack at bay. But just as half time was upon the teams and the Maldivian players were starting to long for the whistle Xie Hui managed to put China in front, and his goal was enough to save the day for the guests as they won 1-0.

Next up for China was a trip to Cambodia the week after. The war-torn country had had a rough start to their campaign only picking up one point, in a draw with the Maldives while losing the second match to the islanders as well as both the matches against Indonesia. China easily dispatched their opponent coming out as 4-0 winners. All that was left for China now were the two games against Indonesia and the final game against Cambodia before they could advance to the next stage.

The week after the Cambodia match came the first game against Indonesia, at home in Kunming, who had so far equalled China in the points ranking. The Indonesians took the lead in the first half through Kurniawan Dwi Yulianto but China came out after the break with a vengeance putting five past the Indonesian goalkeeper in the second half.

In between the double header against Indonesia China beat Cambodia 3-1 meaning the final group stage match against Indonesia was rendered pointless as China had advanced to the final round of the AFC qualifiers, but China finished their group with a 100% record, beating Indonesia 2-0 in Jakarta.

China avoided both Iran and Saudi Arabia when the groups for the second stage were made and ended up with the Arabian gulf nations of UAE, Qatar and Oman as well as former Soviet nation Uzbekistan. It looked like a beatable group once again and the fans were hoping for the top spot, or at the very least a playoff spot.

The qualifiers continued in August of 2001 and China faced off against UAE, who had already beaten Uzbekistan 4-1 the week before. That didn’t face the Chinese soldiers however as they came out of the gates firing. They scored after only two minutes and added another just 20 minutes into the match. Hao Haidong put the third past the UAE’s keeper just after the half hour mark and that was that, China started the second phase just like the first had ended.

Oman awaited next and although China had to wait until the 70th minute they finally took the lead in Muscat and Fan Zhiyi cemented another win when he converted a penalty just before full time.

Qatar would prove to be China’s first bump in the road as they managed to draw and probably should have won that match had it not been for a Li Weifeng 90 minute equaliser. That brought some excitement to the group that China had been dominating with all the other teams taking points off of each other, but China bounced back with a 2-0 win over Uzbekistan to take back the control in Group B.

A win 1-0 win over Oman and a 3-0 win over Qatar coupled with other results going their way meant that China’s loss to Uzbekistan in the final match in October meant nothing and that China would be going to the World Cup for the very first time in the history.

Come back tomorrow for Part 2, where we get to the promised land itself, the 2002 World Cup in Korea and Japan.