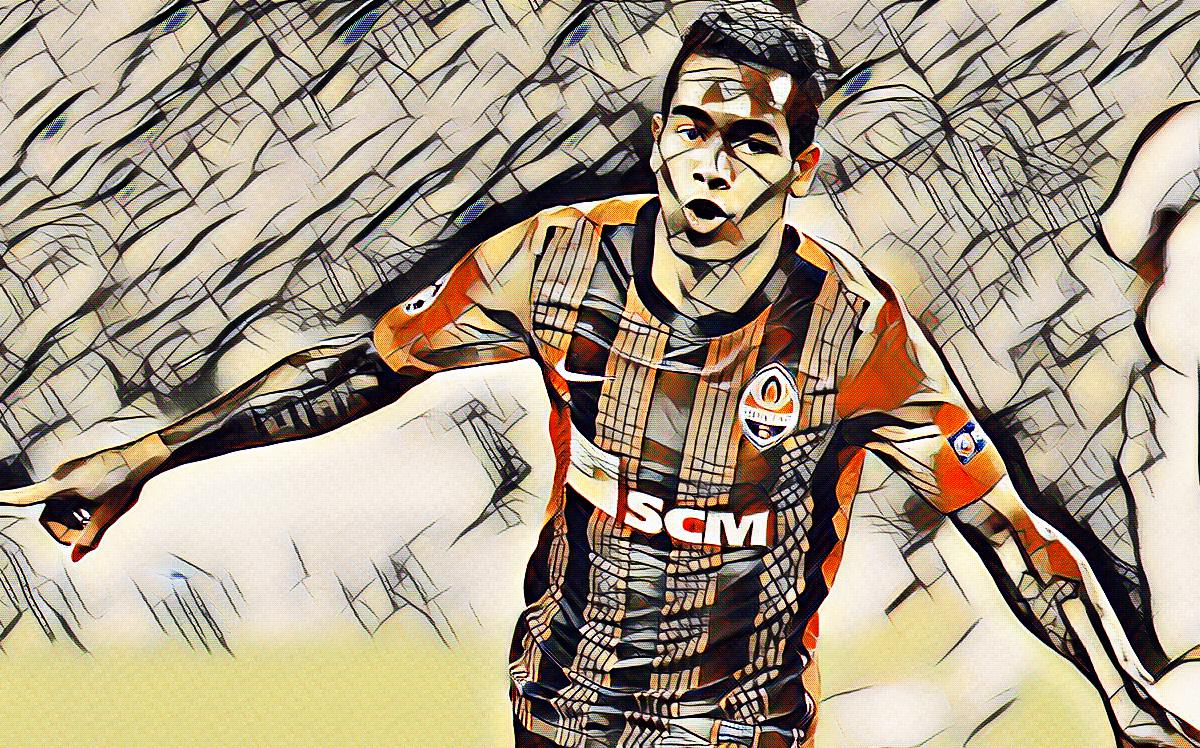 Teixeria started his career at Vasco da Gama where he played during his youth years. He made his league debut for Vasco during the 2008 season in a 1-0 loss to Internacional on 11th May when he came on as a substitute and played half an hour.

His first goal came a couple of months later on 28th June when he scored a brace in a 4-2 win over Ipatinga. Despite a successful debut season for Teixeira where he scored five and assisted four goals in 29 games, Vasco da Gama were relegated at the end of the season, four points from safety.

Teixeira helped Vasco back to the top flight in 2009 as they won the Serie B with relative ease. He once again netted five goals but played only 22 games for the Gigante da Colina as he was away with the Brazil U-20 National team for the FIFA U-20 World Cup. Brazil lost the final 4-3 to Ghana on penalties and Teixeira was the unfortunate soul who missed the final penalty.

Despite the missed penalty, Teixeira impressed during the tournament and he received the Silver Ball as the tournament’s best player, the Golden Ball was won by Ghana’s Dominic Adiyiah, who now plays for Nakhon Ratchasima in the Premier League in Thailand.

After finishing the 2009 season at Vasco Teixeira left Vasco on 21st December to join Ukrainian giants Shakhtar Donetsk and their small enclave of Brazilians for €6 million on a five-year deal.

Having arrived in the middle of the 2009/10 season the now 19-year old Brazilian spent the first six months settling into life in the cold Donetsk area. He made his Shakhtar debut on 3rd March starting the 2-0 win over Zory Luhansk before being taken off after 55 minutes. Teixeira played only two more games that season as Shakhtar secured the league title.

In his second season in Ukraine, he was used mostly as a substitute, coming on 17 times in the league, while starting nine games. He scored his first goal for The Miners in a 2-0 win over rivals Dynamo Kiev. This was another successful season for Shakhtar as they took the Treble, winning the league, cup and super cup. They also advanced to the quarter-finals of the Champions League where Barcelona firmly put them in their place as they lost 6-1 on aggregate.

More successes followed for Shakhtar and Teixeira as they won the league in every season he was with the orange and black striped team. He was top scorer in the 2014/15 season with 17 goals.

As the Ukrainian Premier League went into a winter break during the 2015/16 season Teixeira was leading the goalscoring charts with 22 goals from only 15 games. This led to even more interest from bigger clubs and prior to his move to China Shakhtar reportedly rejected a £24 million bid from Liverpool in January.

Then in February Jiangsu Suning came in and broke the Chinese transfer record for the third time in just ten days when they bought Teixeira from Shakhtar for €50 million. Since then that record has been broken, but Teixeira remains the third biggest transfer to this date.

He ended his time in the Ukraine with 147 league appearances, 67 goals and 16 assists for Shakhtar. He also finished as the top goal scorer in the Ukrainian league after the 15/16 season, despite not playing the latter half.

In his competitive debut for Jiangsu, on 1st March, he scored in a 3-2 win over Jeonbuk in the AFC Champions League. To top that he also scored twice in a 3-0 win over Shandong Luneng in his CSL debut. He ended last season with 11 goals scored and ten assisted in 28 games.

This season Teixeira has scored twice in the Champions League, both goals in a 2-1 win over Adelaide United, and he was sent off in the first match of the Super League season after receiving two yellow cards in a frustrating 4-0 loss to Shanghai Shenhua.