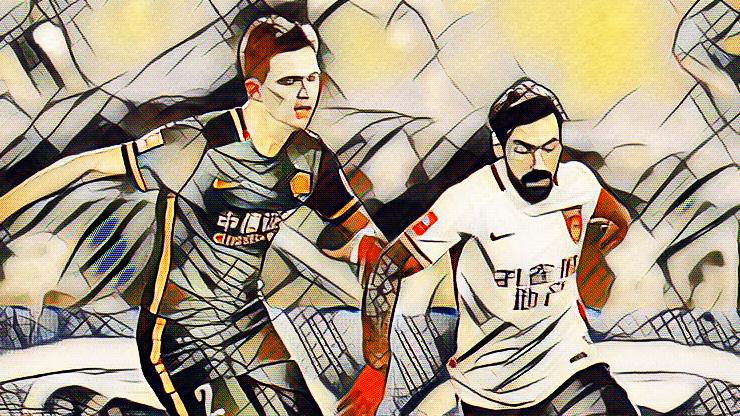 Born in Uzbekistan’s capital of Tashkent, Krimets joined the city’s finest, Pakhtakor Tashkent. The team whose nicknames include The Cotton Growers, The Lion, and People’s teams is the most successful club in Uzbekistan and the only Uzbek club to play in the top-tier of Soviet football.

He made his first team debut for Pakhtakor in a cup match in 2010 but had to wait until the next season to make his league debut.

In the 2011 season, he played a total of 24 matches across all competitions, including three in the AFC Champions League. Here he scored the winning goal, two minutes before the end, in Pakhtakor’s only win that year, against Iranian side Esteghlal. Krimets wormed away from his marker to put his head on a cross from a free-kick.

The following season Krimets played more in the league, 21 out of the total 26 matches in total, as opposed to 16 the year before, as Pakhtakor won the league.

Good play for Pakhtakor saw him join Beijing for the first time, on loan, for the 2013 season.

He played 11 league games from the start as well as coming on in another two as Beijing finished third. Krimets made his Beijing debut in the Super League against Wuhan Zall, even assisting a goal and playing the full 90 minutes. He saw a total of 18 matches across all competitions for Guoan in his first appearance in China.

The 2014 season saw Krimets return to Pakhtakor after his loan in the Chinese capital ended. Pakhtakor won the league again after not being able to retain the title while Krimets was away in China. He played 24 of the 26 games.

Back to back titles followed for Pakhtakor, but the success on home soil couldn’t be translated into success in the ACL. Krimets played all but the last match, where a loss to the groups last placed team Al Shabab Riyadh from Saudi Arabia saw Pakhtakor knocked out. A win would have seen them through and perhaps it was the lack of Krimets’ calming presence that saw the Uzbek powerhouse knocked out.

Last season, Krimets returned to Beijing on a two-year loan deal. He played the entire match in all but four league fixtures as Beijing ended fifth.

At the time of publishing Beijing Guoan has five foreigners in their squad and manager José Manuel González has opted for attacking power for his foreign spots. Ralf, Renato Augusto, and Burak Yilmaz, as well as new signing Jonatan Soriano, have all taken the field and Egor doesn’t look to get a look-in unless one of the starting centre-backs gets an injury.