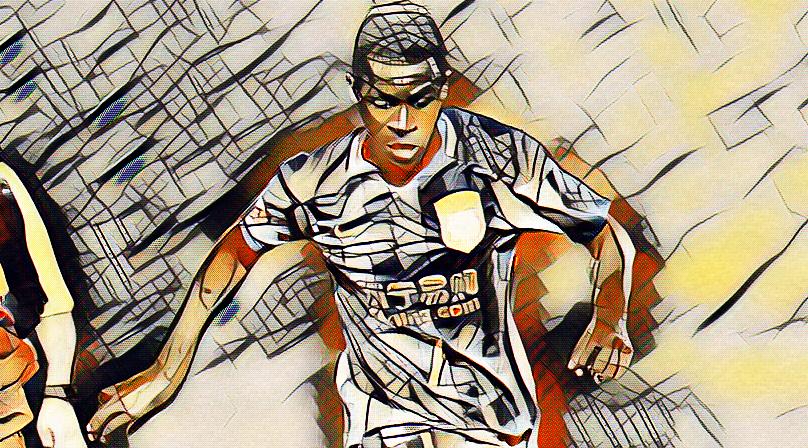 Ramires started his career in his native Brazil with Joinville who, at the time, played in Serie C. He only stayed one season at the club before moving on loan to Brazilian giants Cruzeiro before the 2007 season.

In that season Ramires played 32 matches and established himself at a high level. Cruzeiro finished the season in fifth but were only two points off second place, however they were a massive 17 points behind league winners Sao Paulo.

After that good year, Ramires was bought outright by Cruzeiro ahead of the 2008 season. Cruzeiro improved on their previous season and ended in third, Sao Paulo once again won the league but, this time the gap was only eight points.

Ramires didn’t remain long at Cruzeiro the next season, leaving for Europe to join Portuguese powerhouse Benfica for a fee of €7.5 million.

Ramires only spent the one season in Portugal but, managed to pick up a league title and a league cup victory. He played every single league match bar four, in a season that saw him catch the eye of Premier League giants, Chelsea, joining the Blues for a fee of €22 million.

At Chelsea, Ramires was an integral part of the squad playing almost every single match in every single season. He made his debut against Stoke when he replaced Michael Essien in the 84th minute, before making his first start a couple of weeks later away to West Ham.

He helped the team win the UEFA Champions League the following season despite not being able to play in the final due to accumulating too many yellow cards. Chelsea also won the FA Cup Final where Ramires definitely helped his team. He scored the first goal as Chelsea defeated Liverpool 2-1.

Ramires also faced his former side Benfica in the 2012/13 season as the two teams faced off to decide the Europa League. Chelsea came out on top winning 2-1.

Another season later, Ramires and Chelsea won the league. This now meant that Ramires had won every major European and domestic competition.

For the 2015/16 season, it went downhill for both Chelsea and our Brazillian friend, as Jose Mourinho got the sack and his replacement, Guus Hiddink, didn’t use Ramires as much.

So Jiangsu Suning came in for him in January last year and offered him a four-year contract. With a reported transfer fee of £25 million, they broke the Chinese transfer record (however it was broken twice more in the following ten days).

Ramires’ first season in China ended with a “so close but yet so far away” feeling as Jiangsu finished runners-up in both the league and the cup, losing out to Guangzhou Evergrande on both occasions.

This season has started terribly for Jiangsu as they have only one measly point from their first four matches and are dead last in the league. Ramires has been captaining the side for the last three games and he needs to rally his boys or they might face a very big struggle as the season progresses.