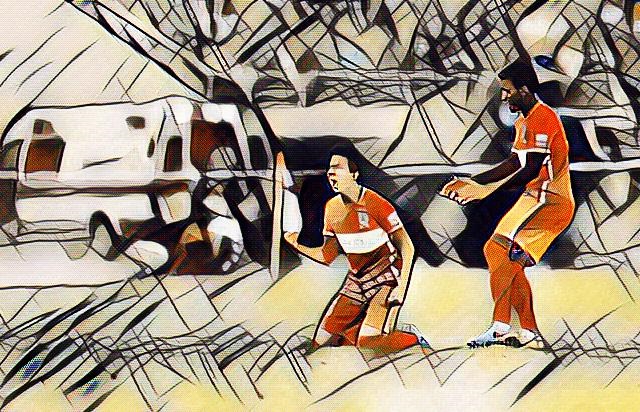 Wu Xinghan joined the youth academy of Shandong Luneng in 2005 at the age of 11 and has stayed with the club ever since. After progressing through the various age levels of the youth academy he played for the club’s reserve side Shandong Youth in League Two in 2011.

The reserve side was a good one and finished third out of the total eight teams in the North Group of League Two and thus qualified for the promotion playoffs. Here they lost 4-3 on aggregate to Chongqing FC (not Chongqing Lifan who play in the CSL, this side was dissolved in 2013), after winning the first leg 2-1 at home. Wu scored eight goals in 13 matches for the Youth.

Before the start of the season, Henk ten Cate called the then 19-year-old Wu up to the big boys. He was given his debut for the first team on March 24th, coming on as a 69th-minute substitute for Liu Binbin in a 3-3 draw against Dalian Aerbin.

He started both of the following two games against Qingdao Jonoon and Jiangsu Sainty (now Suning), before returning to the bench for the following three matches and being dropped for the next two.

The in-the-squad-out-of-the-squad run-around would continue for the rest of the season as Wu would end on a total of 22 matches played in all competitions, only going the full 90 for two of those, the match against Jonoon and a cup tie against Tianjin TEDA.

The following season he was entirely out in the cold as new manager Radomir Antic didn’t play him much during his one season as manager. Wu Xinghan got to play in the final three games of the season, even starting the final one and scoring two against Guizhou Renhe (now Beijing Renhe).

Come the 2014 season and Brazilian Cuca had been hired as the new boss. The man who has been at seemingly every single Brazilian club in the top two divisions gave Wu Xinghan quite a few more games, 17 in total including three out of the four group stage matches in the Champions League.

He was also an unused substitute in the 2014 Chinese FA Cup Final that Shandong won, beating Jiangsu Sainty 4-2.

In the 2015 season he played 19 games in total including 15 in the league, Cuca chose to use Wu mostly as an impact sub, or as a backup option starting in the left-back role a few times.

Last season, under both Mano Menezes and Felix Magath, Wu had somewhat of a breakout. He played 22 times in the league and scored twice while assisting once. That might not sound like that much but considering he was used all over the pitch he might have struggled a bit to adapt, and it shows that if you never give up, you can make it.

This season has seen him take new steps and he has so far scored two and assisted four goals in the 14 league matches he has played. That has him tied for fourth place in the assist ranking alongside Brazilian megastar Hulk and two others.